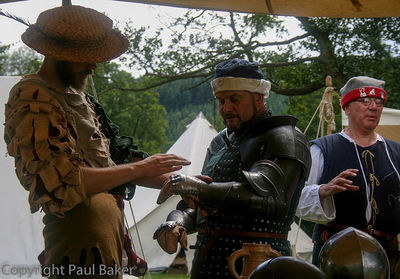 Agriculture is the basis of wealth in the Marches. Even a modest holding produces an income that allows its yeoman to live comfortably. With some improvement, a Marcher farm can pay for luxuries and imported goods. Marcher fields and orchards feed people across the Empire. Trade surplus in the form of cured and preserved meats, flitches of bacon, barrels of beer, bushels of fruit and vegetables, sacks of flour, tanned leather and bales of wool travels from one side of the Empire to the other, purchased by intermediaries from the Brass Coast or The League.

Many of these traders come initially to one of the many small but important market towns that dot the landscape. The first market rights were established by Imperial charter, and towns with these rights are outside the direct control of the households. The inhabitants of a market town appoint aldermen, the rough equivalent of the yeomen, to represent the town. In most cases these men or women are wealthy merchants of the town, but often they include prominent town folk such as a friar or blacksmith who lives in the village. Those market towns that employ their own militia usually raise the captain to the rank of alderman. 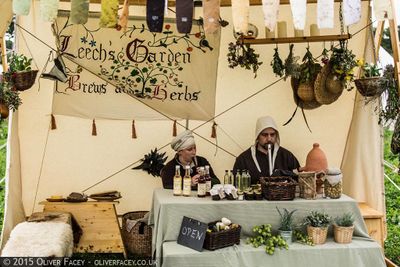 Most market towns are small, little more than a few score houses on either side of a main street. The Imperial charters prevent a market town being established within a full day's travel of an existing market town but competition and rivalry between market towns is at least as fierce as that between rival households. Because the market towns lack a stake in the political process, they are forced to rely on neighbouring households to represent their interests. While most Marcher folk see this as right and proper, a life of honest toil on the land being superior to a life spent haggling for every last silver, aldermen often have a rather different view.

At the heart of almost every prosperous market town is an inn. These large structures are often fortified, with a wall surrounding the building and adjacent compound. Merchants visiting the town will usually eat and sleep at the inn but so will visiting yeomen bringing their goods to market, unless they have relatives who live in the town. Only Meade is large enough to support more than one inn, so the quality of the food and drink provided by a town's inn can have an impact on the prosperity of the whole town, as foreign merchants may avoid those towns whose inns have a bad reputation.

The innkeeper is almost invariably an alderman of the town and can be one of the wealthiest members of the community. They are often also the best informed; inns tend to be hotbeds of gossip, with news and information being bought and sold as regularly as the drinks.

Many aldermen take great pride in their ceremonial chains of office, sometimes referred to as "Chains of Prosperity". Several towns maintain a healthy level of competition in providing the most magnificent chain for their representative, and some go so far as to commission them as magical items, such as an Alderman's Edge.

Granaries and Storehouses - the Imperial Breadbasket 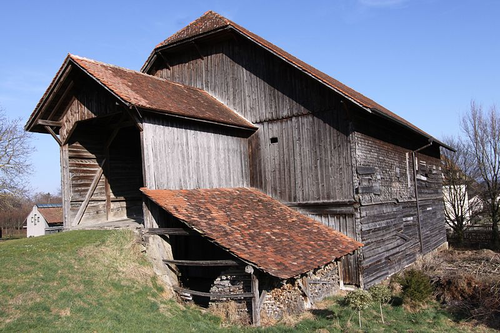 Granary outside Hay in Mitwold.

The three northern territories of the Marches - Bregasland, Mitwold, and Upwold - are dotted with public buildings referred to as a whole as the Imperial Breadbasket. These granaries, barns, warehouses, gain silos, and storage houses are maintained by the civil service, and overseen by the Keeper of the Breadbasket who makes any important decisions regarding their bounty. They exist to ensure that the farms of the Marches are prepared to meet any potentially disastrous setbacks such as poor harvests or wide-scale curses. They were completed just before the Spring Equinox 381YE. Any Marcher farm-owner can make use of their services, and at a reasonable price. The great work they represent was created as a result of the disasters that beset the nation in 379YE and 380YE.

The disastrous failure of the Autumn harvest in 379YE was followed by a particularly harsh winter during which the farmers of the Marches suffered significant losses in order to keep the Imperial armies marching. Then the Spring 380YE planting was hit with torrential rains and a vicious blight that devoured many of the seeds before they can be put in the ground. While the rest of the Empire was enjoying a burst of vitality and fertility, the farms of Bregasland, Upwold, and Mitwold were once again labouring under the yoke of a vicious magical curse that ruined the crops, sapped the life from the beasts in the fields, and spread sickness and hunger wherever it touched.

Next came the catastrophic news from the Mourn. Across the Marches morale was low, and tempers frayed. But surrendering in the face of hardship is not really in the Marcher psyche. Rather than turn on each other, the Marchers helped their neighbours - grumbling and complaining all the while, and making it clear their aid was a loan and not a gift.

The plan to construct the Imperial Breadbasket began in the markets of Meade and received immediate support from many of the market towns. The call went out for the construction of a great work, a network of granaries and storage barns, coupled with the creation and cultivation of stocks of seed to be made available to all for a modest price in the face of blight, harsh weather, or similar disasters. Meade has long since grown past the point where it can feed itself. It relies on a steady influx of grain, meat, milk, and cheese not just from Mitwold, but from across the Marches. Its prosperity relies on trade routes supported by well-fed and healthy merchants selling food and metal and wood produced by labourers who are not starving to death. The rest of the market towns are in a similar situation - and recognise a simple truth. When the farmers starve, everyone starves. The aldermen put their hands in their pockets - but not as a gift, or as charity, but as recognition of the fact the Marches - and the Empire - prosper when the farmers prosper. It was an investment for the future, as well as an effort to "darn the rip" between the folk of the market towns, and the rest of the Marches.

The project required the support of the Imperial Senate, and it was not cheap. In the end, even with the assistance of the market towns, building granaries and seed stores for Bregasland, Mitwold, and Upwold still required 100 wains of weirwood and 40 wains of white granite, plus labour costs of 35 Thrones. In the end the project was commissioned in Summer 380YE, and work completed shortly before the Spring Equinox 381YE.

Their presence boosts the income of every farm in the Marches. It is estimated that it would provide benefits equivalent to 1080 rings per territory spread between the Marcher farms based there, regardless of curses and other effects that impact their harvests.

Furthermore, the presence of this great work in the Empire provides a "safety net" to the Imperial armies. If a nation of the Empire were unable to support their armies (because of a powerful curse or because they had lost a territory, for example), then the natural decay of all its armies and navies would be reduced by half. The silos could only support a single nation in this way - if a second nation were to have more armies than it could support, then the Keeper of the Breadbasket would need to make a decision as to which nation to assist. The grain stores would not allow an Imperial nation to build more armies than it can support.

As of the Summer Solstice 382YE, the network of granaries and storehouses only covers Upwold, Mitwold, and Bregasland. Expanding the great work so that it includes the Mournwold is certainly possible. It would require a commission as for any other great work, and would require 16 wains of white granite, 40 wains of weirwood, 112 crowns of labour, and take six months to complete. When finished, it would divide a bounty of 1080 rings among every farm in the Mournwold each season (assuming no other great works were built improving farm production in the interim). It would not increase the ability of the breadbasket to sustain armies, and it would fall under the custodianship of the Keeper by default.

Any Imperial general can order their troops to billet in any Marcher territory supported by the breadbasket. The opportunity to create this special order arose as the result of a mandate enacted by Friar John of the Mourn following the Spring Equinox 383YE. If the breadbasket were extended to cover other Marcher territories, the billet order could be taken there as well.