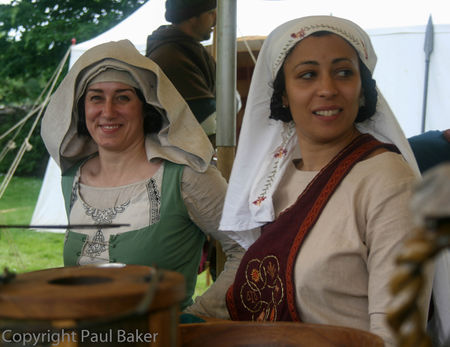 Land is at the heart of Marcher society. Those who farm the land, yeomen, band together in households that wield great power. The market towns may be filled with skilled and wealthy crafters, but without land they do not have the right to influence the politics of the Marches. The monasteries by comparison do own land. They are a thoroughly Marcher creation, blending religion and hard work and their monks till their fields like everyone else. Their influence is growing and may one day rival the most powerful households, but its roots lie in the ownership of land. Behind it all lie the Landskeepers, powerful magicians whose traditional rituals help to keep the land fertile and prosperous.

The archetypal Marcher is famous for stubborn pride and unyielding self-reliance. They are a hard people, who are well accustomed to a long day working the land. The yeomen wear their Household livery with pride, viewing those in other colours as rivals at best. This leads to passionate and sometimes bitter rivalries. Marcher history is filled with accounts of bloody conflicts between once powerful Households, fortunes that wax and wane with victories on the battlefield. Marcher folk have long memories and feuds are nursed down the generations. In some cases they've become so ingrained that the truth behind them is no longer remembered, or even considered particularly relevant. 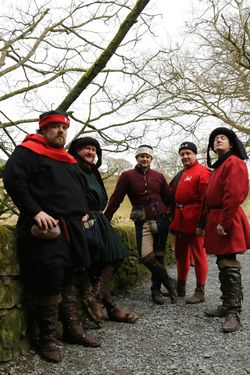 One reason the Marchers are prosperous is that they don't waste anything. Thrift is virtuous in the Marches; it is the root of prosperity. Their possessions are likely to be old, worn, trusted and well-maintained rather than new and untested. Throwing away a serviceable cloak that simply needs patching is frivolous; it shows disrespect to the crafter, at the very least. Even when they do buy something new, they see no reason to discard an old possession, not while there are family members or friends who might still get use out of it. There is a saying "every coin is washed in sweat." The Marchers earn what they have through hard work, and being frivolous with that wealth devalues the work that went into earning it.

Marcher folk don’t stand around waiting for someone else to solve their problems; self-reliance is a large part of their national character. While there is land for the ambitious to start new farms, it has to be cleared. Some places have trees to fell, some have enemies to defeat. People of other nations talk endlessly about what it means to be heroic; Marchers don’t waste their breath, they just get on and do what needs to be done. 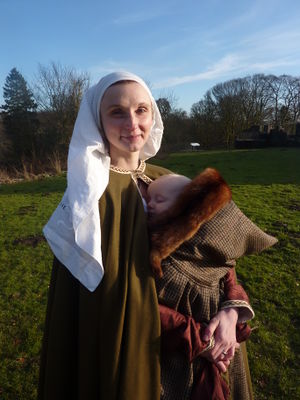 Surnames often come in three flavours: where you're from, what you do, or a nickname.

Most often, they'll be for where you live, perhaps your home hamlet; "Of Stoke" for example. You might be named for a territory; usually if you live far from there. "Tom Of Upwold" might be a useful way of denote a particular Tom who lived in the Mitwold, not so for one in Upwold.

However, a Marcher might also be named for a nickname: maybe a pet, or a description; "Wise", "Good", or something less complimentary.

At sixteen summers I was finally a man, and ready to take my place in the world. From my ma I got this old almanac that she’d had off her nanna afore her. At the time I wasn’t too impressed, truth to tell, but you’d be surprised how handy the damn thing has been over the years, especially since I got me own place and had to figure out plantin’ an’ croppin’ an’ such for meself. From me da I got Old Stinger, the gnarled ash bow what was made by me great-great-grandad. Not much of a bowyer but a real bear of a man who could straight-arm an anvil . Pull on it like an oxen, an’ by Virtue, if you didn’t learn to use it just so you’d find out the hard way why it was called Stinger, cos you wouldn’t be able to use yer hand fer the rest o’ the day! But I didn’t care, an’ I thanked ‘em right smart (somethin’ told me bein’ a man didn’t mean too old for a switchin’ if I didn’t show manners.) That night I got to go out to the lightning oak with the other young things, to say our words to the Landskeepers, an’ after that there was beer an’ dancin’ an’ such under the stars. Next mornin’ I was a man steerin’ a plough instead of a boy steerin’ a plough. Not sure why it made all the difference, but somehow it did.