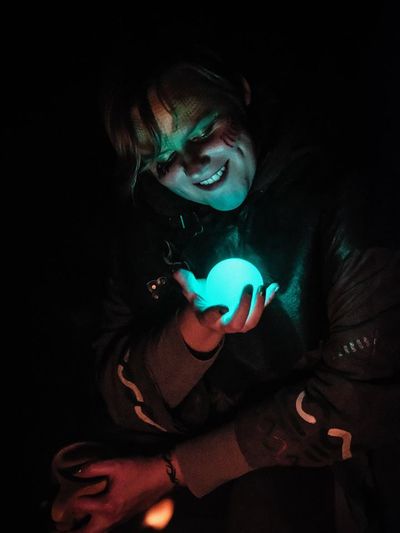 During this ritual the four ingots and four measures of special material, and the ring of ilium are combined to create an egg-sized mass of dark material known as a serpent's stone.

The material is stable and permanent once created. It can be used once to perform one of the following powerful effects:

When used for any of these purposes, the serpent's stone is consumed and used up.

This ritual is the current pinnacle of alchemical transformation. It seeks to create a perfected material, a substance of higher nature than the dross of the mundane world around it. To a degree it succeeds - the serpent's stone is able to purify almost any substance and remove almost all poisons as well as many curses. It hints at the possibility of true transformation, the ability to move beyond The Eight-spoked Wheel and The Retrograde Wheel to master the physical world. It even has the ability to greatly enhance ritual magic, offering raw power to any magician that can be channeled to create powerful effects.

Some alchemists refer to the serpent's stone as the azoth, a theoretical or legendary material that provokes unexpected and miraculous changes in materials and individuals. This exotic liquid may be entirely conceptual, but the Eternals Soghter and Murit are often associated with it, and some alchemists believe that this ritual is the first step towards uncovering the nature of this awesome substance. These alchemists believe that mastery of the azoth would allow an alchemist complete mastery of the material world.

This ritual is also ruinously expensive, and there are covens who have beggared themselves trying to discover the secret of the stone's transformative power..

The forces of the heavens are often referenced in alchemical rituals. If the theory that the stars represent in some way the tools of the Creator are true, then evoking the power of astronomancy seems entirely appropriate to the practice of enacting permanent transformation. The constellation of The Great Wyrm in particular is likely to be evoked. The names of the Eternals Murit and Soghter are sometimes used, especially in their aspects as the Azoth, a theoretical compound that provokes miraculous transformation.