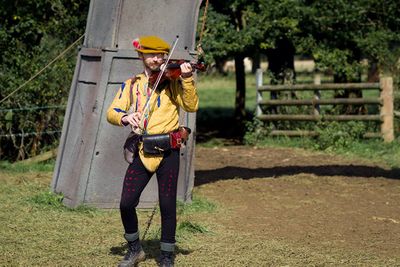 In each case, we've tried to tag the Winds of Fortune entry with the nations, or political bodies, to which it is most relevant. We've done this to help people who are interested only in events that are especially relevant to them. In no way are these tags intended to be exhaustive; the Empire is a complex place and very little happens in isolation.

A Matter of Faith

The Imperial Synod stands on the brink of crisis. There is the very real threat of a catastrophic schism within the Way, as supporters of the vision supported by the Congregation of the First Empress clash with those who believe it to be heresy. You can learn more about this matter of faith here.

Beware My Power (Winds of Magic)

Magic ebbs and flows. A round-up of significant magical effects, some with wider implications, some without, can be found here.

International trade, like international relations, can be fraught with pitfalls - and rich with opportunities. You can find a quick round up of things related to the current state of affairs, with an emphasis on trading, here.

The people of Whittle in the Mourn are on the move. Following recent developments and the renewed domination of the Jotun they have left their homes en-masse and travelled south through the Freemoor hills with all their possessions, seeking sanctuary in Tassato Mestra. You can learn more about this situation here.

After a year of piecemeal disappearances, the stars have finally disappeared from the skies across the entire Empire. They've even gone from some non-Imperial territories adjacent to the Empire. Perhaps more importantly, every naga in the Empire is experiencing a powerful urge to keep their cards close to their chests. You can learn more about these eerie magical occurrences here.

Death of a Salesman

The Imperial Bourse private auction has been suffering for a little while now, and at last it has shuffled off this mortal coil. A number of alternatives are already springing up. You can learn about them here.

The eternal Barien appears preoccupied, but his lieutenant Castellan has let it be known that she plans to visit Anvil during the next Summit to talk to various people about their challenges. Apparently, the paperwork is in a dreadful state, even for the Summer realm. You can learn more about this here.

Powerful magic inspires artists and culture across the Empire. In addition to its purely artistic effect, it also has some implications for priests of Pride, and there is a delicious rumour of some sort of announcement from The Looking Glass relating to a new schema. You can learn more about the fallout of this magic here.

Something cold and dark has settled over the Metri in Temeschwar. Gaunt figures appear without warning, slaughtering anyone who tries to bring violence to another citizen. The roads have never been safer, but the woods have never been darker. You can learn more about these events here.

The Stalker has fallen to earth. Diverted at the last moment from Miekarova to smash into eastern Otkodov, its supernatural influence has faded. As per their agreement, the Thule are offering an arrangement whereby the Empire can share in the bounty of ilium it contains... but nothing is every quite that straightforward where the Dragons are concerned. You can learn more about these events here.

The Imperial Senate has offered an opportunity to the people of the Iron Confederacy to receive missionaries, to learn of the virtues and the practice of the Way. Some Suranni have asked to learn more, and now it is up to the Imperial Synod how they wish to respond. You can learn more about this opportunity here.

No Evil Shall Escape Our Sight

The Silent Bell are an Imperial Sodality associated with the Vigilance Assembly who investigate internal threats to the Empire. They are looking to formalise their arrangement with the Synod, which you can learn about here.

The Barrens, the Druj, and the situation in the east. An offer to negotiate peace from the orcs of the Mallum. You can learn more about this diplomatic opportunity here.

A Symposium is due to be held at the Winter Solstice. The Imperial Synod has been planning the event for six months, which will bring priests and theologians from all over the world to Anvil to discuss pressing matters of doctrine, faith, and the future path of the Way. You can learn more about the Symposium here.

Tale of the Golden Hare

The Virtuous Animals are a significant element of the spiritual life of the Varushkan people. Thanks to the National Assembly, and the actions of a certain Fellowship, a new candidate for inclusion in the lexicon of virtue has presented itself - the golden hare. You can learn about this opportunity here.

Dogri Thulebane, renegade leader of the Winterfolk of Crow's Ridge is preparing something, the impact of which may be felt across the northern Empire and beyond. You can learn more about it and the opportunities it presents here.

The Asavean temple in Oran is nearing completion despite some opposition from the Imperial Synod. As the structure is now largely complete, it may be time to consider the opportunities presented by the Asavean counter-offer to build a temple in Nemoria. At the same time, the idolatrous priest responsible for overseeing the structure, and his team of architects and builders, are looking for something challenging to occupy their time. You can learn more about these developments here.

In Weirwater, bandits have attacked a caravan of weirwood near the town of Applefell, apparently in alliance with a band of renegade witches. This is the latest in a line of escalating problems with witches in southern Weirwater. You can learn more about this problem here.

Following a Senate motion proposed by Senator Gant Archama, the sarcophagus of Empress Giselle has been moved to Temeschwar where it is awaiting the completion of the new tomb. It is being stored in one of the disused dungeons beneath Ratibor's Gate, the old prison now used by the civil service.

The Crumbling Court of the Fountain

The curse that has been degrading the Court of the White Fountain in Optarion has finally run its course, but not before one final season of attacking the fortification. Shortly before the Winter Solstice, the fire that gives the fortification its name suddenly flares up, as bright and powerful as ever - although the white stone that comprises the tower still has several cracks that will need to be repaired. Now that the curse is over, the Court will begin to recover normally - assuming no more restorative magic is brought to bear by magicians from the Spire of the Auric Horizon, or that no Grendel attack it in the coming months.

Ennerlund has completed its slow transformation into a marsh. It joins Rebeshof and the Morass to form one of the largest marshes outside of Kallavesa and Bregasland in the west. The production of all farms in the territory has been permanently reduced by 36 rings, and the Great Pits of Ennerlund will now need additional pumps and precautions, permanently increasing the upkeep of this important Bourse resource by 2 Thrones per season.

Raids by strange hunters continue to disrupt businesses and farms in Sermersuaq. At the Autumn Equinox the Assembly of Wisdom, with some support from the Wintermark National Assembly, resolved to take the cautious route of gathering more information. This means that Savik Summerstorm is coordinating efforts in the area to learn more about this situation, and is the person to talk to.

Lashonar and the Song of Peace

The eternal Lashonar has been interfering musically with the armies of Dawn. The Imperial Conclave decided to strip Lashonar of its amity - although they did not declare enmity. At the same time, the National Assembly of Dawn stridently opposed the message of peace being spread by the agents of the eternal. Lady Tamain Sepulchre was named by the Assembly to directly oppose the influence of the Night eternal, and was supplied with a hundred liao to support their efforts. Lady Tamain composed and popularised The Heralds of Lashonar in order to combat the insidious threat posed by the eternal. As a consequence, while the effects of Lashonar's heralds continued to be felt during the last few months, they have been entirely countered by the start of the Winter Solstice.

Castle of Wind and Sky

The disruptive weather plaguing the Icy Crag of the Eternal Sun shows no sign of dissipating. The upkeep of the College of Magic continues to be artificially high.

Work on the Blood Red Roads continues. The project still has many months to go before the four cities of the League are linked by wide stone roads.

The orcs of the Great Forest, seeking sanctuary from the Barrens, continue to occupy the Lower Tarn Valley in Therunin. The situation has not changed very much from where it was last season. The Senator for Therunin, Caerwyn Summer Crow, provided the orcs with significant support in the form of money and supplies, but the matter of land is still uppermost in the thoughts of many of the Navarr of the south-east.

The Krampus continues to act erratically. There has been no movement on constructing a home for the supernatural creature in Skarsind. As it is winter, the spirit is due to appear at Anvil to hear the sins of the Winterfolk - but it is not clear whether its "allegiance" is still with Wintermark, or the Imperial Orcs, or the Jotun.