The Brass Coast (Redirected from Freeborn)

The Brass Coast (Redirected from

The Freeborn of the Brass Coast are travellers, traders, lovers and poets. They are exuberant and flamboyant; when they laugh their humour is infectious and without spite, when they love they do so with a passion that is without guile and when they’re angry, their wrath is like a summer storm – terrible to behold but swift in passing. To be Freeborn is to be driven by a hunger for life, to see the world, to taste every delicacy, sample every wine and tell every tale. Success is measured in wealth, family and influence, not out of greed, but for the joy success brings.

Founded by exiles from ancient Highguard, the families of the Brass Coast organise themselves into three tribes, each inspired by the example of one of the Founders of their nation. They prize individual freedom and responsibility and although they are capable of serving a cause, they have little respect for authority. Pompous or self-important individuals, especially those who think that titles and positions have made them important, are ridiculed on the Coast. Respect is earned, it cannot be bought or appointed.

While others see them as outspoken and brazen, their honesty is without arrogance, for to aggrandise the self is vulgar, while to praise the deeds of another is an art. Their tales are bawdy enough for a common tavern and grand enough for a lordly court alike and can fill a room with laughter, tears or gasps of horror.

Their wagons and ships cross the world bringing exotic goods that command the finest prices. They are particularly renowned for their corsairs, who operate out of the Bay of Catazar. These daring privateers risk everything ensuring that the Empire's enemies are unable to threaten her shores and earning a fortune in gold in the process. It is a dangerous life but one that perfectly suits the Freeborn passion for high adventure.

Five things to know about the Freeborn

What the Freeborn are not 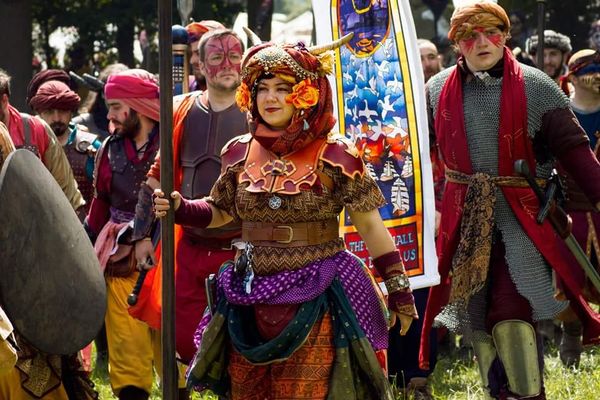 This selection of articles can be downloaded as a PDF book (or as html only)
Retrieved from "https://www.profounddecisions.co.uk/mediawiki-public/index.php?title=The_Brass_Coast&oldid=70143"