High Bard of the Empire

High Bard of the Empire 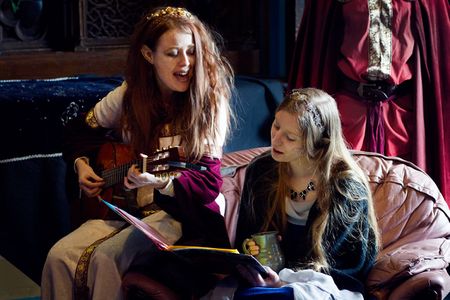 The Imperial Bard embodies the artistic spirit of the Empire.

The High Bard of the Empire is an Imperial title appointed by the Assembly of the Nine. It was created by the Imperial Senate during the Winter Solstice 380YE summit. Following some controversy, the title was granted a stipend during the Summer Solstice of the same year.

The title as first presented passed through the Senate during the Winter 380YE session, but there was some opposition from the Constitutional Court. While the discussion continued, Kaywenn du Launcet was appointed the first High Bard and the situation was resolved in Summer 381YE.

The title seems to court controversy; the first address by Kaywenn du Launcet took the form of a highly political song apparently lauding convicted criminal Dogri Thulebane of Wintermark, and criticizing the Varushkan army of the Iron Helms who were instrumental in his capture. It remains to be seen if this will create a trend for future addresses, and for future High Bards.

The High Bard is expected to leave a personal composition as a legacy. They are expected to keep the Senate appraised of matters of inspiration to the Empire, and to promote and encourage excellence and passionate demonstration of artistic performance across all the nations of the Empire.

The High Bard serves for up to one year unless removed from office early. In addition, no person may hold the title of High Bard of the Empire more than once in their lifetime.

The High Bard has the right to make an address to the Senate once per summit. This is intended to allow them to keep the Senate appraised of matters of inspiration to the Empire, and may commonly take the form of an artistic performance. To use this power, the High Bard informs the Civil Service that they wish to address the Senate. Their address will be added to the agenda for the next Senate session.

The High Bard receives a stipend of 1 Throne each season. 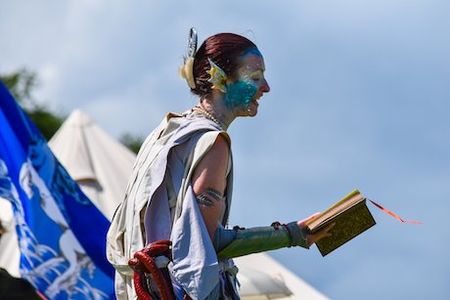 Song is not the only bardic medium. Poetry can cut with the sharpest satire.

The High Bard is appointed during the Spring Equinox. The Bard is appointed by the Assembly of Nine. The expectation is that the appointment will follow "a public tournament of song and satire" that allows participants to demonstrate their suitability to the role in fair and open competition. There is no legal requirement for the Assembly of Nine to arrange, or acknowledge, such a tournament however.

Any Imperial citizen may hold the title. They can be revoked by the General Assembly and the Assembly of the Nine.

Artistic works by the various High Bards of the Empire may be found below:

The High Bard will embody the artistic spirit of the Empire and should carry songs in passion and courage to embolden and encourage our soldiers and should deliver spirit-crushing feats of satire and rebuke against the Barbarian Generals and our hated foes! By these means we will demonstrate the power of artistic inspiration from all our nations to weave glorious legacy through the deeds and example of our bright Imperial fellowship.

This title is currently held by Eudoxia "Zero" of the Temple of the Wanderer; it will be reelected at Spring Equinox 385YE. The table to the right shows the citizens who have been elected to hold this title in the years since Empress Britta died.