Imperial Senate (Redirected from The Senate)

The Imperial Senate is the primary legislative body for the Empire. It is an elective chamber; with one senator appointed by each territory of the Empire to represent their interests. The chamber has access to a wide range of political powers which makes senators some of the most powerful political individuals in the Empire. They alone have the ability to change Imperial law, as well as enjoying access to the Imperial treasury. They are also responsible for appointing The Throne.

The purpose of the Senate is to govern the Empire. This control extends to all areas of Imperial life not already covered by the other houses of government; the Synod, Bourse, Military Council, and the Conclave.

Any major commission, whether military or economic in purposes requires the approval of the Senate. They cannot order the Bourse to provide the materials required, but they control the Imperial treasury and can disburse funds from it to purchase the materials needed.

The Senate are forbidden by the Imperial Constitution from intervening in the business of the Military Council, but members of the Senate appoint each general and only the Senate can declare war on another nation - or end it. When a territory is conquered by the Imperial armies, it is the Senate who decides which nation the territory will be assigned to.

The Senate are also responsible for Imperial law. Any changes to Imperial law must be raised and approved by members of the Senate; changes which have constitutional implications also require authorization by The Throne and approval by the of the Constitutional Court. The Senate also has the power to create new offices of state, individuals with powers and responsibilities, who operate as part of any of the great houses of government.

Because of their great power, the Senate is closely watched over by the Synod who have the power to veto decisions made by the Senate.

The Senate was created at the dawn of the Empire to ensure that the power to govern remained in the hands of the citizens. The Senate is a development of the Witan which existed in Wintermark to help the monarch run the nation, in the time before the Empire.

The design of the Senate is a direct consequence of the unique way the Empire was formed, not by conquest, but by a union of nations. All agreed that the Senate should limit the power of The Throne - the first Empress was a popular figure - but not that popular. But every nation had their own dogmatic views on how the new Empire should be run. Nations with strong military traditions, like Dawn and The Marches sought to enhance the power of the military, while nations like The League were openly contemptuous of the idea that politicians should control the Empire's economy. Highguard as the driving force behind the creation of the Empire was determined to secure the power and authority of the Imperial Synod.

Compromises were made to ensure unity; for example the constitutionally protected roles of the Imperial Bourse and the Imperial Military Council were expressly created to thwart the desire of senators to control these areas of the Empire. As a result, while the Senate is the most powerful of the five political houses, it has defined limits to its power set down by the Constitution, and it is forever watched over by the Synod.

The Senate typically sits twice in each full day of an Imperial summit, and once in each part day. Sessions are conducted in the Senate chamber, a grand stone building at the heart of Anvil. To keep order each Senate session is chaired by the Speaker for the Senate, a civil servant responsible for ordering motions during a sitting, allowing time for motions to be considered, for maintaining civil debate, counting votes and ensuring due procedure within the chamber.

The agenda consists of motion, announcements, and addresses. Motions are raised by members of the Senate and considered and voted upon by all present. By historical tradition, motions are nailed to the walls of the Senate so that all citizens can be aware of them. It is common for the civil service to take a copy of the motion and make it available through the hub.

Announcements are made by any holder of an Imperial title who wishes to use Senate powers that have been delegated to that office. They can be considered and discussed like a motion, but are not subject to a vote. Addresses are made by those whose title grants them the power to address the Senate. Like an announcement, they may be considered and discussed, but no vote is taken.

It takes great strength of character
to be in favour of something you hate.

Only a member of the Senate or civil servant is entitled to enter to the Senate chamber for a session. Members must arrive promptly, entry is prohibited to any member of the senate once a session has begun. Anyone who has the right to enter, has the right to speak during the debates. To do so they must catch the eye of the Speaker and wait until invited to speak. To cast a vote, eligible members who are present will be called upon by the Speaker to take a stance on each motion brought before the Senate.

The right of witness ensures that every member of the Synod is entitled to observe all aspects of the Senate. To facilitate this, the Senate building has a large viewing gallery that runs alongside the main chamber. When it was originally constructed the gallery was only available to members of the Synod, but it was easier to open the gallery to all, and now all citizens with an interest in the proceedings are encouraged to attend. Any Imperial Citizen can ask the Speaker or the Captain of the Senate Guard to remove a non-citizen from the viewing gallery.

Although only a handful of citizens have the right to raise motions and vote on them in the Senate, the Senators who form the mainstay of the Senate are chosen by the people of their nation. Most senators work hard to make themselves available to the citizens who elect them. A senator who does not adequately represent the interests, views, and goals of the people of their nation and territory can quickly find themselves removed from office. 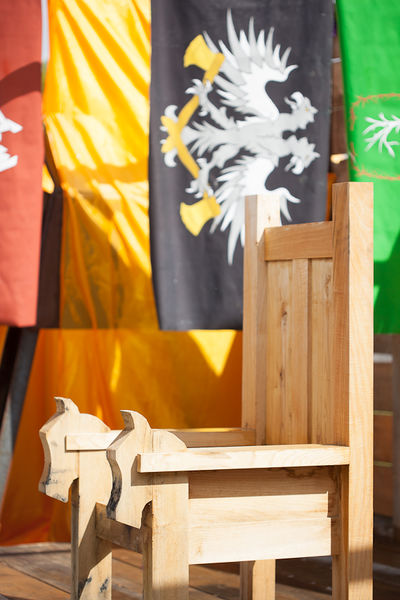 The decisions of the Senate, both motions and announcements are subject to veto by The Throne and the Imperial Synod. Any veto automatically cancels the motion or announcement, as if it had been a motion which was voted down. A motion that is vetoed cannot be raised again before the start of the next summit.

The Throne may veto any vote that occurs as part of a Senate session while they are present.

This selection of articles can be downloaded as a PDF book (or as html only)
Retrieved from "https://www.profounddecisions.co.uk/mediawiki-public/index.php?title=Imperial_Senate&oldid=60692"