Member of the Synod (Redirected from Witness)

Member of the Synod (Redirected from 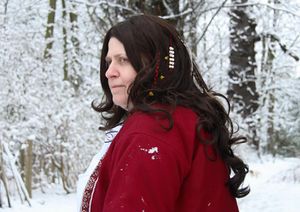 Members of the Imperial Synod are responsible for the spiritual leadership and wellbeing of Imperial Citizens. It is understood that a Synod priest has a virtuous nature that enhances virtue in others and protects them from wickedness. Consequently, Synod priests are entrusted with legal powers to help them fulfil their virtuous role.

Every Imperial citizen who oversees a congregation is a member of the Imperial Synod. In addition, a sinecure that provides votes in the Imperial Synod grants the holder of that Imperial title the powers and responsibilities of membership of the Synod.

Members of the Synod are expected to wield the powers of the Synod in accordance with the doctrine of The Way to ensure that citizens are virtuous. They are expected to identify and reward the virtuous, and to seek out and punish the wicked and corrupt. In this way, they safeguard the Imperial destiny, and work to ensure that the Empire lives up to the high principles and aspirations on which it was founded.

Every Synod member can raise a single judgement during each summit. That judgement must be raised with an assembly the priest belongs to. There are many different types of judgement, and not all of them are available in every assembly.

Over the course of a summit, there may be many judgements put before the various Synod assemblies. A Synod priest can vote for or against any judgement raised in any assembly of which they are a member.

"...we come to Lot 4 of the private auction: The skull of Mikkal. The seller claims this relic is the remains of the self-styled Exemplar of Anarchy, and may even possess unusual spiritual qualities. There is a reserve price of..."

Rillet tuned out the auctioneer's voice as he turned to look at the gaggle of priests staring at either him, or the skull. Getting into the private auction had been one challenge. Getting out again, and with the skull, was going to be something else entirely. Thankfully, he had a plan.

Members of the Synod are empowered by the Imperial Constitution to witness or observe all aspects of the bodies of state in function. In practice this is considered to be any formal meeting of an Imperial body organized and supported by the civil service. Meetings such as the Muster or a Senate session, are all covered by the right of Witness, but private meetings of citizens are not covered.

Any member of the Synod must be granted access to the Imperial Bourse, the Imperial Senate, the Imperial Military Council, and the Imperial Conclave, in order to observe and witness proceedings. While exercising the right of witness, Synod priests are required to remain quiet, and respectful. This power does not grant a priest the legal right to interfere with the proceedings in any way - if they do they risk being ejected and refused reentry.

In practical terms, the power of witness has been ruled to grant the right of Synod priests to:

A priest using the power of witness may still be excluded from a meeting by a civil servant with an appropriate power, such as the ability of the Speaker for the Senate to censure disruptive individuals. Such abilities are only used in situations where a priest is clearly abusing the power by being loud, disrespectful, or disruptive.

Of all these rulings, the right to witness the private members auction was the most controversial. The auction was organized by members of the civil service on behalf of the members of the Bourse. But the auction's existence was not stipulated in law and has no basis in the constitution and it was frequently argued that it was equivalent to a private meeting. With the death of the private auction in early 381YE, the matter became moot.

The bravo leapt round the corner with the two knights hard behind him. With a final burst of speed, he rocketed into the League encampment and into a shrine, almost knocking over the bishop as he did so.

As the knights came pounding up, the bravo grinned as he turned to face them. "Sanctuary..." he gasped, breathlessly, "I have... sanctuary."

Feeling the aura of pride palpably about him, the bravo turned to the bishop - only to find himself being regarded as though he were something unpleasant found on the sole of a boot.

If a Synod priest is on consecrated ground, they have the power to grant sanctuary to any Imperial citizen who asks for it. Once granted sanctuary, the recipient has an hour before they may be taken to a magistrate to face criminal charges. While someone is under the protection of sanctuary, the Synod priest who granted it to them is responsible for the actions they take. The recipient is expected to remain in the vicinity of the priest who has granted them sanctuary. It is traditional for a citizen granted sanctuary to use their hour of grace to gather evidence or seek clemency.

Any member of the Synod may refuse a request for sanctuary. It must be clear which priest or priests are granting sanctuary - another reason why the priest who does so is wise to remain in the vicinity of the recipient.

Sanctuary cannot be offered to barbarians or foreigners. Prior to 296YE it was legal to offer sanctuary to foreigners who were adherents of The Way, but this legal protection was removed by motion of the Senate in light of several egregious abuses of the power and the difficulty of providing an acceptable definition of "adherent of The Way".

Wayfarer Isaac looked through the flap of the tent at the waiting orcs, who in turn were watching the sand trickle through the hourglass. Isaac took a breath and let out an inaudible sigh as he turned his attention back to young pilgrim who had made her way to the tent.

"...and I cut him nearly in two. As he dropped to the floor, I took another swing and, just like that, two pieces."

Isaac winced at the glee in the zealot's voice. "And pray tell me which virtue was foremost in your heart as you slew the yeoman?"

"Vigilance, of course. On the grounds that he was a briar who had been hiding it and clearly up to something."

Isaac shook his head slowly, musing once again that loyalty was proving a difficult path to walk this day. "I shall accompany you to your trial, but I recommend you use the remaining time available to us to put your affairs in order."

Anyone may confess their wrongdoing to a Synod priest and ask for clemency. If the priest believes the crime or deed was done for virtuous reasons, they may agree to speak on their behalf and ask for clemency from the magistrate. They accompany the recipient to the criminal trial and lay out the reasons why their virtuous behaviour should result in a reduced sentence.

It is not possible to submit a plea for clemency unless the accused pleads guilty to the charge at the start of their trial. A plea for clemency must be made on virtuous grounds. To be effective the priest must present a clear case that demonstrates that the actions of the accused were virtuous, albeit illegal.

The magistrates work closely with the Synod priests to ensure that clemency appeals run smoothly and that everyone involved knows the processes. A recent document of clemency guidance published by Magistrate Reinholz in Summer 378YE is recommended reading for any priest planning to formulate a claim for clemency.