Ilium is more precious than gold for it endures when all else fails. 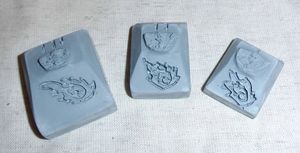 Ilium is a rare mineral that falls from the sky. In any given year very little Ilium actually falls, but it has been falling for a very long time indeed. It is primarily found in three places; deep underground, under the sea and occasionally in craters - the latter very rarely indeed. One of the most valuable pieces of jewellery one can own is a ring of Ilium – indeed, it is often measured in terms of the amount required to make a ring.

Sometimes called star metal, Ilium is a pale, dull metal that when polished up looks quite a lot like platinum. It is always cool to the touch, and is almost impervious to heat – it is difficult and time consuming to work. However, artisans who work with Ilium are prepared to put in the extra effort because this exceptionally valuable material allows them to extend the lifespan of their crafted items indefinitely and create artefacts.

Ritual magicians also have a use of ilium. It can be used to give a ritual enchantment or curse a permanent duration. It can also be used by apothecaries in the preparation of the valuable Elixir of Exalted Puissance and Elixir of Empyrean Art.

Unlike other materials, ilium is not produced by mines or forests. Imperial ilium is allocated through campaign resources, most of which are assigned to the Imperial Bourse. Occasionally a small deposit of ilium will be found by a lucky NPC mine owner, diver, fisherman or farmer. Found ilium is usually publicly auctioned at Anvil.

To make the effect of a formulaic ritual permanent requires a number of rings of ilium equal to three times its magnitude, with a minimum of ten rings. It is not possible to make a spontaneous ritual effect permanent using ilium.

Effects that lower the magnitude of an effect do not change the amount of ilium it requires to make it permanent. The ilium must be consumed when the ritual is performed; an existing enchantment cannot later be made permanent with ilium.

Only enchantments and curses with a duration of season or year can be made permanent in this way.

Some other rituals can also incorporate ilium to get additional effects such as Distill the Serpent's Stone; such cases are specifically mentioned in the ritual description.

Some rituals such as The Chamber of Pallas and The Conspirator's Cloak create auras that can be removed with ceremonial skills. If such a ritual is made permanent, the effects cannot then be removed with the ceremonies such as anointing or consecration, and will overcome even a durable auras created using such skills. In theory, a dose of true liao could be used to remove or supplant such an aura. However, the relative rarity and high value of true liao to the Way means that to date there is no definitive proof one way or another.

Making an enchantment or curse permanent only affects the natural duration of the effect, it does not impede other methods of removal or other restrictions on their duration.

A ritual requires an additional condition to prevent it ending prematurely (for example, a mark on the face or that the target be incapacitated) then a permanent effect still ends if that condition is not being met.

For example, the various rituals that grant additional production to farms such as Blessing of New Spring are rarely performed using ilium because such rituals always end at the start of winter. 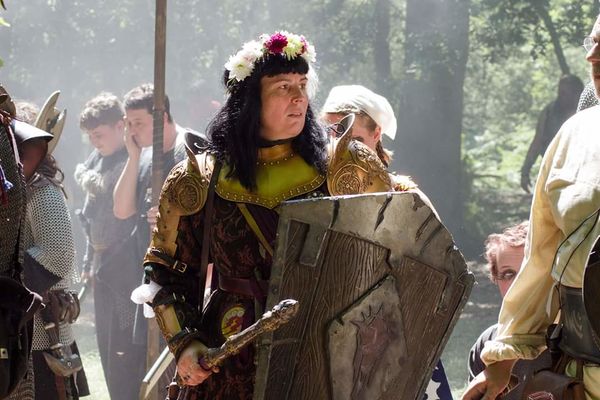 The Iron Defender is an artefact shield made by the Imperial Orcs for use by The Throne.

An artefact is a magic item whose properties are permanent. An artisan can create an artefact version of any magical item they know how to craft.

Creating an artefact requires one ring of Ilium for each ingot and measure required to make the item, with a minimum of 10 rings of Ilium. For example, crafting a permanent Duelist's Scales sword, which requires seven ingots of orichalcum, three ingots of tempest jade, three ingots of weltsilver and three units of beggar's lye will require sixteen rings of Ilium to craft as an artefact.

The ilium must be imbued into the item at the same time it is crafted; it is not possible to make an existing magic item into an artefact.

Every artefact has a name, which appears on the item ribbon. Artefacts also exert strong influence over their wielders in the form of roleplaying effects. Over time these roleplaying effects may become more pronounced, or subtly shift, based on the significant events in which the item is involved. This is a permanent part of the item and cannot be removed with a ceremony of hallowing.

The creator can attempt to give an artefact a unique name when they craft the item. They may also try to imbue the item with roleplaying effects that they would like, however artefacts seem to have a life of their own and some artisans even claim the item chooses its own name. When you create an artefact you should e-mail Profound Decisions with details of the item, the name and the roleplaying effect that you would like. We will pick a name and roleplaying effects for the item based on the information you provide. We are most likely to change comedic names or effects that are inappropriate for the setting.

The best roleplaying effects reflect the nature of the artisan, or the purpose for which it is intended. For example, Guntherm's Hammer is an artefact greathammer crafted for the Steinr Emperor Guntherm which shares the magical qualities of a Captain's Command weapon but fills the wielder with a strong desire to kill any orc standing on Imperial soil.

Artefacts can only be permanently destroyed with the Words of Ending ritual or by certain powerful creatures (including some eternals). The permanent magic imbued in the item make it immune to mundane methods of destruction.

An artefact is still affected by the shatter call, but can always be repaired with the mend spell.

In conjunction with a runeforge, ilium is also used to create schemata. Schemata are magical "texts" that describe the method of creating a magic item. Any artisan can study a schema and master the methods involved in creating the magic item it describes.

There are few places in the Empire that produce ilium. An ilium seat can be a source of great wealth and prestige to whoever holds it. Elections for ilium seats are held at the Spring Equinox each year. Archive:BourseSeats