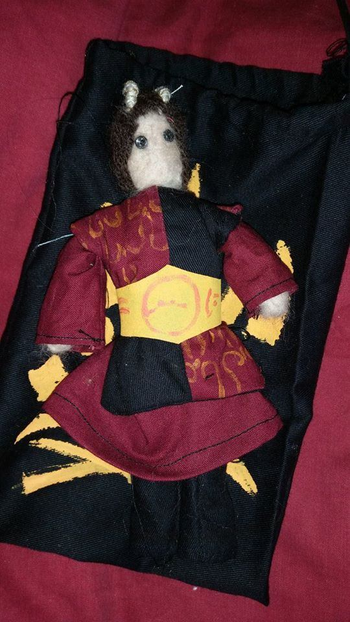 The Autumn archmage supports Imperial magicians and serves as a diplomat to the Realm of Autumn.

Each archmage is addressed by their title and the name of the Realm of magic they stand for - Maurice, Archmage of Autumn or Archmage Edmundo of Autumn. The title archmage comes originally from Urizen, a development of the title mage.

The Archmage of Autumn is responsible for attending to the magical business of the Conclave, and bears powerful tools to help them do so. They represent the Empire to the eternals of the Autumn realm, and vice versa. They also work with magicians versed in the lore of Autumn magic to expand the Empire's understanding and power in that realm, and employ it to the advantage of Imperial citizens.

The Archmage of Autumn has the legal powers common to the archmages. They can address the Conclave; accept a formal parley with Autumn eternals; and advise the magistrates as the recognised master of Autumn magic;

In common with the other archmages, the Archmage of Autumn has legal ownership of three powerful magic items that make up the regalia of the archmage. These include the Staff of Autumn which greatly enhances the bearer's prowess with Autumn ritual magic; the Golden Chain of Aesh that can reduce the magnitude of a Autumn ritual; and the Belt of the Oak which can allow multiple covens from the same nation to cooperate in the performance of a single Autumn ritual. 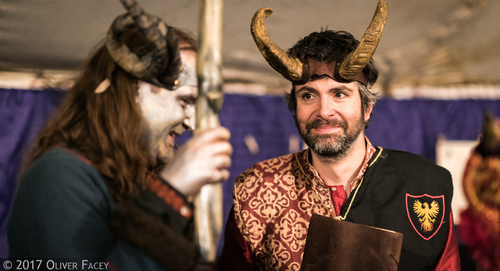 An Autumn archmage will often find themselves engaged in negotiations and bargains, sometimes with unexpected consequences.

The Autumn Archmage has an additional, somewhat unofficial, use for the plenipotentiary power. During the Summer Solstice, the archmage may request of one of the eternals of Autumn that instead of a traditional parley they host an Autumn market during the Autumn Equinox.

The appointment, replacement, or removal of the Archmage of Autumn is made by declaration of candidacy as part of a Conclave session. A candidate can be presented for the post of archmage only once a season, and the title can be held by any Imperial citizen.

The Archmage of Autumn serves until they are replaced by another magician using the declaration of candidacy. As a title in the Conclave, an archmage cannot be revoked.

The Eternals of Autumn

The Archmage of Autumn is the Empire's formal representative to the inhabitants of the Autumn realm, and often serves as a go-between when those eternals wish to communicate with the Empire. Most eternals will treat the archmage as a peer - although that can mean very different things for different eternals. One of the most potent abilities the Archmage of Autumn possesses is the power of plenipotentiary, allowing them to communicate with eternals from their realm and potentially arranging a parley. A list of previous plenipotentiary results can be found here

Of all the archmages, the Archmage of Autumn may be said to have the most difficult job when dealing with the eternals. The Autumn eternals are creatures of bargains, and more than any other inhabitants of the realm they frame their interactions with mortals in terms of quid pro quo. Any Archmage planning to deal with the Autumn eternals should be prepared to negotiate, and the more powerful the boon they receive the steeper the price is likely to be. More so than some of the other eternals, the inhabitants of the Autumn realm also have a keen personal philosophy - a belief about how the world works (or should work) - and they will regularly attempt to push that agenda in their negotiations with the Autumn Archmage.

The Archmage of Autumn is often in a good position to present declarations of amity and enmity to the Imperial conclave when relations between the Empire and an eternal need to be formalised. Indeed, more than any other Imperial title, the Archmage benefits from staying abreast of the relationships between the inhabitants of the Autumn realm and Imperial citizens. The current status of the Autumn eternals with an interest in the Empire can be found here.

This title is currently held by Edmundo of Damakan's forge; it can be reelected at any summit by a declaration of candidacy. The table to the right shows the citizens who have been elected to hold this title in the years since Empress Britta died.