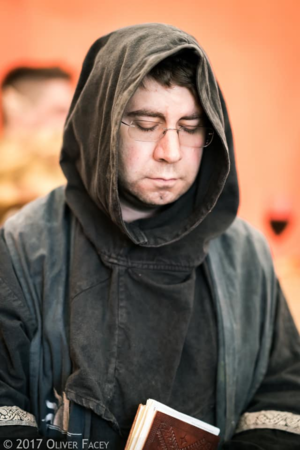 The Cardinal guides the Assembly of Loyalty.

Each of the eight virtue assemblies appoints a Cardinal to represent and lead them. The Cardinal of Loyalty represents the Loyalty Assembly, and is part of what is arguably the post powerful of the Assemblies, the Assembly of the Nine. While they are still able to raise only a single judgement for consideration by their peers in the Imperial Synod each season, they possess a number of specific legal powers that allow them to guide and influence the Assemblies.

The Cardinal of Loyalty is assumed to provide leadership to the priests and pilgrims dedicated to that virtue. They are expected to be well versed in matters of Loyalty, and of The Way in general, so that they can speak with authority on matters related to the study of Loyalty, and of doctrine. Prominent citizens who are guilty of breaking the law but believe their actions were rooted in Loyalty will often approach the Cardinal to plead clemency on their behalf, so a familiarity with the law may also prove helpful. 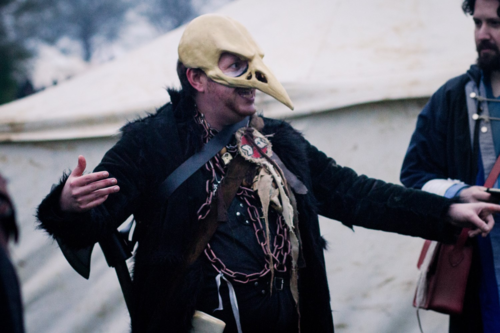 Cardinal Veikko reminds Imperial citizens to know their heart, and what commands its devotion above all else.

A virtue title might be designed in such a way that it is appointed by the Cardinal alone. Currently they have the power to appoint the Gatekeeper of Loyalty, an important position that controls the distribution of true liao.

Additional Powers - The Eyes of Loyalty

The Cardinal of Loyalty may possess additional powers, not shared with their fellow cardinals, either through the action of the Imperial Senate or through opportunities presented to them. During the Summer Solstice 383YE, in response to such an opportunity, the Assembly of Loyalty enacted a mandate restating the nature of the virtue.

As a consequence, the cardinal gained the ability to reinforce another mandate - turning the "eyes of loyalty" on it - using their judgement in the Loyalty Assembly. This ability initially lasted only for a year, but during the Spring Equinox 384YE, was made permanent.

The Cardinal of Loyalty is appointed during the Autumn Equinox by the Assembly of Loyalty, and must be a member of that assembly. Selection is by a judgement of appointment raised by the Tribune in the standard manner.

The Cardinal of Loyalty serves until the next scheduled election for the title. They can be revoked by the General Assembly, or by the virtue assembly of Loyalty.

This title is currently held by Veikko Bondforger; it will be reelected at the next summit. The table to the right shows the citizens who have been elected to hold this title in the years since Empress Britta died.