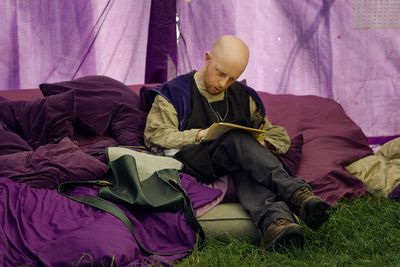 Each judgement has a precise legal implication, and every vote counts.

Judgements are the way that the various assemblies of the Imperial Synod carry out their business. There are a number of different judgements, each of which has precise legal implications. By passing an appropriate judgement, an assembly may appoint a cardinal, veto a Senate motion, change doctrine, or revoke a general. All the main powers of the Synod rely on a judgement being raised and passed when directly employed by the Synod.

The only alternative to a judgement is if the Senate creates an Imperial title which has the legal authority to use one or more Synod powers. These powers can then be executed directly by the title holder without the need to submit a judgement for the approval of an assembly.

The power and target of the judgement may determine which assembly is legally allowed to consider it. For example, only the General Assembly may excommunicate a citizen. A national assembly my revoke one of their own, but the Marcher National Assembly cannot consider a judgement to revoke a Navarr senator. The civil servants with expertise in Synod matters will be able to help advise inexperienced priests how best to use their judgement to achieve their goal.

The civil servant will record the judgement and display it prominently in the Hub so that it can undergo scrutiny by the members of the assembly who will vote on it. Every member of an assembly has the right to vote on every judgement raised with that assembly.

E.g. Marrok of Dawn wishes to raise a judgement of inquisition against members of a League coven believed to be consorting with Agramant. Marrok seeks out an appropriate civil servant and indicates that he wishes to do this through the Assembly of Vigilance, of which he is a member.

A judgement must normally be allowed to continue until the voting has concluded. The Tribune may use their judgement to withdraw a judgement if the priest who raises it requests them to do so if it is very clear that that would serve the best interests of the Synod.

The votes of Synod priests in determining a majority are not equal. A priest's judgement is measured in influence, and their influence is weighted by the size, or importance, of their congregation. Voting is conducted in public and any citizen may view the records to see how many votes a judgement has gathered and who has supported or opposed it. A priest may change their vote at any point up until the judgement is passed or defeated.

At each summit there are five fixed deadlines when voting ends. A priest must choose which deadline to use for their judgement when they raise it. At any point up to the deadline, priests of the appropriate assembly can register their votes either for, or against, the judgement. They do this by seeking out an appropriate civil servant, usually at the Hub. The priest may change their vote at any time before voting concludes.

This system makes supporting the Synod easier for the civil service and easier for priests to know when voting on important judgements ends. At each deadline, the office of the Tribune of the Synod will close voting and then count the votes for every Synod judgement due to end then. These deadlines are currently set at 10pm on Friday, then 2pm, 6pm and 10pm on Saturday and finally 2pm on Sunday.

Truth is the judgement that endures.

For a judgement to be successfully made, it needs to achieve a majority. There are two kinds of majority:

If a judgement has achieved a greater majority before the voting deadline, then the priest who submitted the judgement may request that the civil service use their discretion to end the voting early and announce the decision. The civil service will usually acquiesce to the request, provided there are reasonable grounds to believe that the judgement has reached the greater majority, and that they are not already committed to other activities. If the Tribune confirms that the greater majority has been achieved in response to a request, then no more votes may be cast, nor existing votes changed.

The voting strength of an assembly can change as priests travel to and from Anvil. The Tribune will recalculate the assembly's voting strength after each voting deadline has closed - after the votes have been counted.

The votes cast for and against a judgement can influence how people view it. The legal outcome of a judgement is determined by achieving a lesser or greater majority, but people outside Anvil who hear about the judgement will look at how strongly the Synod backed it. A unanimous or near-unanimous verdict may be viewed differently to one that only just passed because many priests abstained. If many priests voted against a judgement then people will take account of that even if it achieved a greater majority. This is most important with a statement of principle.

Members of an assembly must be given sufficient time to weigh the issues and vote on a judgement. The period of time when a judgement is open for consideration and voting is called scrutiny.

A priest may raise a judgement at any time and may request any one of the remaining deadlines for their judgement. However their choice must ensure that members of their assembly have at least three hours to consider and vote on it, and once selected the deadline cannot be changed. The civil service will refuse any request for a judgement with less than three hours before the deadline, unless it has primacy or requires a greater majority. This means that a priest raising a normal judgement less than three hours before the impending scrutiny deadline must choose a later deadline - or delay their judgement to the next summit.

E.g. Priest Tacitus submits a statement of principle for scrutiny at 8pm on the Friday night of the summit. The next scrutiny closure is at 10pm, only 2 hours away. Therefore, the earliest the statement of principle can close is 2pm Saturday. Tacitus could also opt to close the judgement at 6pm or 10pm on Saturday, or even 2pm on Sunday.

In practice the office of the Tribune use some discretion when accepting a judgement, seeking to avoid unduly penalizing a priest for a few minutes delay.

If a priest has gathered sufficient support of their Assembly that they have a greater majority present on the spot then they are permitted to raise a judgement and have it counted immediately. This is called primacy. In effect, the normal rules requiring three hours scrutiny are waved because primacy provides demonstrable proof that enough members of the Synod have already given the issue sufficient consideration.

Members of the synod who are present may choose to cast their votes for or against the judgement. Any group claiming primacy must wait until sufficient votes are recorded to achieve a greater majority. If there are insufficient votes to claim a greater majority then the Tribune will either fail the motion, or if there is sufficient time left at the summit to allow for scrutiny, post the Judgement as normal on the Synod board.

On the final day of the summit, a judgement must be raised before 11am to allow sufficient scrutiny before the voting deadline at 2pm. Synod Tribunes will usually advise any priest seeking to raise a judgement to bring primacy of their assembly if there is insufficient time for scrutiny to take place.

Any judgement that requires a greater majority - veto, excommunication, recognition, or change of doctrine - may be raised without the need for three hours of scrutiny if a priest wishes. Since these judgements require a greater majority to pass they cannot come into force unless sufficient members of the Synod are aware of them and have approved them.

The Throne has the power to change a Synod judgement to require a greater majority. This power may be used to submit a normal judgement for voting without scrutiny.

If a judgement that requires a lesser majority has already been failed, then any subsequent judgement submitted to the same assembly in the same summit that has the same legal outcome will automatically require a greater majority to pass.

A member of the Synod who has submitted a judgement may ask the Tribune of the Synod to use their legal powers to withdraw it. The Tribune will usually allow a judgement to be withdrawn, provided that they are satisfied that this is in the interests of the Synod. Withdrawing a motion has the same legal outcome as if it had failed; the Synod member may not submit a replacement.

A citizen who is a candidate for a judgement of appointment may withdraw their candidature at any time. If they are the only candidate on the ballot, then the entire judgement will be withdrawn.

The civil service provide judgement papers on request from the Hub that can be completed by any member of the Synod to submit a judgement for the Synod's consideration. These are printed for the civil service by the Estampador Barossa do Tassato Regario and are designed to have all the relevant information needed on them. It is possible for eligible priests to obtain one or more of the papers before attending Anvil so that they can complete the wording before they arrive.

You can access the judgement paper here, to let you complete it before you get to Anvil. You can also create your own papers if you wish, although please make sure they include all the relevant information and please use a large font so that they are easy for people to read.