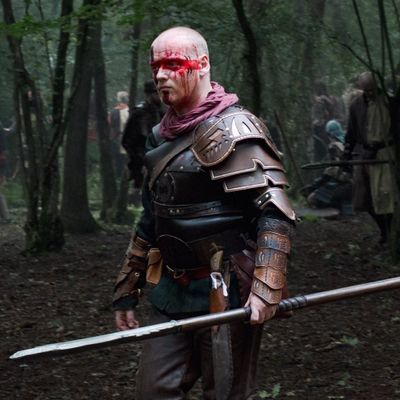 From the great forests they call home, through the cold lands of Wintermark and Varushka, to the Marcher fens, the high mountains of Urizen and even the streets of the League - the Navarr are the great travellers and pioneers of the Empire. Direct and efficient, few know better than they how to use the lands of the Empire to survive - and to fight. Practical, adaptable and focused, they do what they need to do to succeed. Fierce in appearance and dress, they have made themselves the allies of everyone who stands with civilisation and the savage and relentless foes of any who oppose it.

The Navarr are the blood that runs through the Empire’s veins. Spirited, they throw themselves wholeheartedly into the job of serving the Empire. They carry news, messages and even people with them as they travel. For those who dwell in inhospitable places, the Navarr may be the only Imperial contact they have. Vigilant, they roam through the wild places of the Empire and keep a constant watch for the dangers that lurk there. They serve as the Empire's scouts - their work keeps the roads open and their warnings ensure the armies are ready to face the threat. 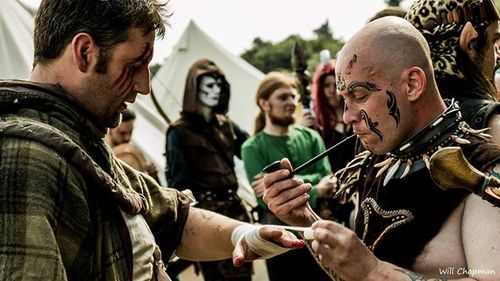 The Navarr display their fierce heritage in battle. Warriors explode from ambush, slaughtering enemies with barbed spears. Navarr warlocks fuel magic with the primal power of blood. But in peace they are a generous people, noted for their festivities and celebrations to which all are welcome. Throughout the Empire travellers may stumble across Navarr settlements, the steadings, which offer welcome shelter and respite.

More than anyone else the Navarr know how fragile civilisation can be. Centuries ago their forebears dwelled in cities, but they were lost to war with the orcs and magic run amok. They carry the memory of that loss with them everywhere they travel, and though they still seek to reclaim the lands they lost, what drives them more is the need to ensure that it does not happen again. The Navarr know what happens to an Empire that believes itself invincible. They have lost one Empire - they are determined they will not lose another.

Five things about the Navarr

What the Navarr are not