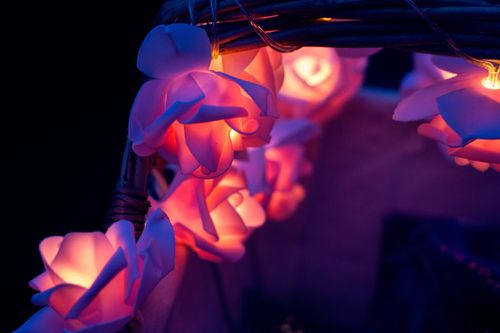 Between the motion, and the act.

Downtime will be open shortly, allowing players to process their character's downtime choices. The Autumn Equinox winds of fortune will come out shortly before the next event (which is 11th September to 13th September). However, there are a number of significant events happening in the wake of the Summer Solstice that may affect some players' Downtime actions - primarily effects on personal resources or options for characters with military unit or fleet personal resources.

As a temporary measure we'll be outlining, and offering some context for, these various effects on this page. In each case, there will be further information in the Autumn Equinox Winds of Fortune - once they're ready, they'll replace this content. As always, these are quick OOC summaries to explain effects such as large-scale enchantments and curses. We'll cover all these and more when we start to present the Winds of Fortune for next event.

Downtime is due to close at midnight on Friday 9th of August.

The Brass Coast national assembly chose to support the mandate raised by Mazo i Zabala i Erigo encouraging the Freeborn people to put their hands in their pockets and reward those fighting to protect Segura. Every military unit that supports an army engaged in Segura this downtime - specifically the Bounders, the Tusks, and the Strong Reeds - will receive 5 crowns, in addition to any money provided by the Imperial Guerdon.

The vallorn continues its expansion in Brocéliande. Warriors can help the steadings there to slow the green tide, and prevent it taking any land for the next season at least. Any military captain who wishes to support this action should select "Slow the Vallorn" from the Take Independent Action dropdown menu. Payment is base on the rank of your military unit, but entire payment will be in herbs. Full details are available here.

An opportunity exists for a stealthy raid into Sermersuaq to raid the mithril mine Pride of Ikka's Tears, found under the scout an area dropdown. Whatever else happens, the raiders will be able to liberate 50 thralls for every thousand points of strength committed to the attack.

Anyone who supports this action will receive a share of the Imperial Guerdon. The Wintermark National assembly upheld a mandate urging Wintermark captains to participate in the raid. Every military unit assigned to the attack will a boost in courage and morale equivalent to two additional ranks for the next two seasons.

You can learn more about this opportunity here.

Military units who helped remove the vallorn from Liathaven experience a penalty to production and effective strength until the start of the Winter Solstice 383YE, as detailed here.

The owners of fleet resource have a number of options this downtime - including the chance to support the Asavean Evacuation. There are additional effects and opportunities in a number of places.

With the failure of the insurrection in Asavea, a wave of desperation sweeps through the people of Marracoss and Emphedor. There are two possibilities for Imperial fleet captains prepared to take refugees to a safe location, both found on the trade dropdown.

Imperial ships visiting Aracossa, find desperate insurrectionists eager to flee the reprisals of the Plenum forces. You can learn more about this opportunity here.

A ship that trades with Aracossa this downtime will receive 7 Crowns, with each rank of upgrade or enchantment adding a further 28 rings to this amount. This will represent the transportation of rebels and former slaves to safety either in the nearby Sumaah Republic, neutral territory outside of Asavea, or even in theory to begin new lives in the Empire.

A ship picking up refugees from Telios will receive more money, but will be transporting wealthy citizens of Emphedor to safety in neutral territory. These people will leave their slaves behind. The fleet captain will receive goods worth 10 Crowns, with each rank of upgrade or enchantment adding a further 40 rings to this amount.

The Synod has passed a mandate encouraging trade with Axos. This has no effect on fleet production but may lead to opportunities for the Empire.

Fleets who took part in the Dominate the Bay action experience a penalty to production and effective strength until the start of the Winter Solstice 383YE, as detailed here.

The Imperial Orc and League national assemblies decided to support mandates intended to support the Sand Fishers. Skywise Rykana will urge Imperial Orcs to offer their aid while Lieselotte van Holberg urges the people of her city to do likewise. As a result, every congregation, farm, business, herb garden, forest, mine, mana site, and fleet owned by an Imperial Orc, or by a League citizen of Holberg will suffer a one rank penalty to its production until the start of the Winter Solstice 383YE. The Sand Fishers will gain significantly from this mandate - the support of their immediate neighbours in Holberg will also cement good relations between the new inhabitants of Misericorde and the people of the city.

Thanks to the recent Highborn mandate every congregation in the nation produces one fewer liao and two fewer votes due to fighting in Brocéliande.

The General Assembly has upheld mandates from eight of the nine nations experiencing a penalty to congregations from the grey pilgrims. These penalties have now been removed. The Dawn national assembly chose to go a different way.

The same magic that protected Segura from Corazón raids persists this season. Even if the Lasambrian Jotun engage in plunder after the Spring Equinox there will be no effect on personal resources.

Widespread pillaging by the Grendel in Feroz last season will cause every character in Feroz to lose 2 ranks from the production of their personal resource next season representing the damage done in the lead up to the Spring Equinox. If the Grendel continue to raid, however, they will discover that the same protective magic applied to Segura is now also in effect in Feroz preventing further losses to personal resources next season.

Seventeen mandates were successfully upheld in the Imperial Synod, and enacted by named priests. As per our recent update, all mandates have automatically been enacted as long as the named priest has sufficient liao in their inventory before Downtime opens.