The Imperial civil service support the Throne and all arms of the Imperial government, providing detailed reports for consideration by the Empire's leader every summit. For the most part these reports entail detailed assessments of the latest developments in the Empire, outlining what is known about the situation, what options might exist, and what the implications of those options are. The bulk of these reports are reactionary - the civil servants responding to current events as they are develop between summits.

However, during periods where civil service capacity to produce effective summaries is demonstrably greater than is needed to keep pace with current events, they place this additional capacity at the disposal of the Senate. Doing so allows the Senate to pass a motion of appraisal, instructing the civil service to investigate a specific area to see what opportunities if any exist for the Empire to take action.

The power to direct the civil servants lies with the Imperial Senate. At present this must be employed by use of a senate motion, although in theory there is no reason that the Senate could not delegate this authority to an Imperial title - such as the Throne - or to another house entirely if they chose. Any Imperial title that was endowed with the ability to instruct the civil service would need to make an appropriate announcement in the Senate each time the power was used. 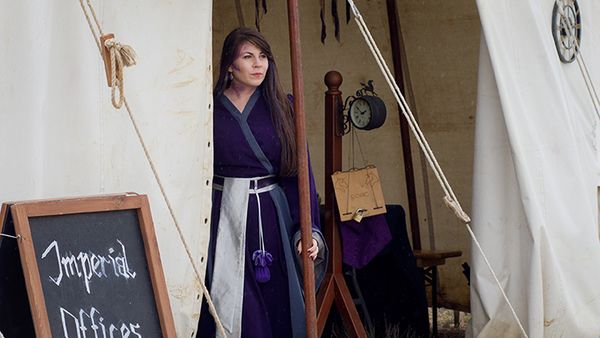 Regardless of how the power is employed, the thrust of the research should be clear. The purpose of an appraisal is to investigate a specific subject, with a view to identifying what opportunities exist to influence the situation. It does not matter how broad the scope is, it is possible to commission broad research into a significant topic such as "fortifying the borders of the Empire" or into something very specific such as "Uses for the ruined Runeforge in Gildenheim". Provided that the wording of the motion clearly identifies a known problem or a current situation the Imperial civil service will be able to provide some insight.

An appraisal is very different to historical research. Historical research unearths information on past events, so that the leaders of the Empire can be better informed about matters of history. An appraisal must be focused on current events - the civil servants who carry out an appraisal work for the Prognosticators Office, they are mathematicians, diviners, actuaries, and logisticians, not historians. Their focus is to identify options that exist today - not lost records of the past.

At present, the Imperial civil service have sufficient resources to support just one appraisal each season. Only the first Senate motion passed each summit that orders an appraisal will be actioned, a subsequent motion will be ignored unless it includes explicit instruction to abrogate all earlier motions of appraisal.

Prior to the murderous events of 379YE, the civil service were unable to support any instructions to carry out an appraisal but some experienced researchers chose to leave the department of Historical Research for their own safety. Those with the inclination and ability joined the Prognosticators Office, significantly improving their capacity. This situation may change unexpectedly - many of these individuals are due to retire soon - but for now the capacity of the office has been increased, allowing it to carry out a single appraisal instructed by the Imperial Senate each season.

There are no necessary details with an appraisal; the civil service will only look at the actual wording of the motion as presented to the Senate.

The senate motion may specify which member of the civil service will lead the appraisal, but this must be explicitly included in the wording of the motion.

The Results of the Appraisal

The civil service will produce a single detailed report outlining every opportunity that has been identified during the course of the appraisal. This will be widely published alongside the normal reports in the weeks immediately preceding the summit to allow those planning to attend the summit to consider the matter carefully. The report will be complete, which is to say that it will identify all options that exist currently; unless the report explicitly indicates otherwise it should be understood to cover every option available. There is no benefit in instructing the civil service to carry out the same appraisal unless the extenuating circumstances have substantially altered in the meantime.

The report will aim to be concise, so it may leave out explicit references to elements of the situation examined that make it unique. The appraisal should be understood to apply only to the location and scenario laid out in the report. Unless otherwise noted, options that may exist to address the problem are not applicable elsewhere. An appraisal which identifies an opportunity to build a navy in Meade, is specific to a navy in Meade - it does not apply to Sarvos or any other location. Nor does it apply to an army or a fortification. Any options that exist to vary what can be achieved will be explicitly laid out in the report.

If the appraisal identifies any opportunities which are time-limited, that is they are only valid if carried out within a limited time-frame, then this will be made clear in the report. 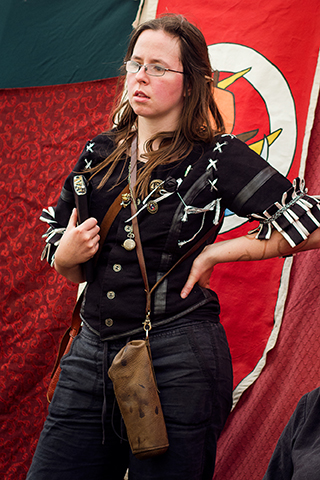 The Prognosticators Office is ultimately overseen by the Imperial Auditor, Gerard La Salle, who is a member of the Constitutional Court. He is known to be a meticulous individual, who despises waste and inefficiency, but there is no other individual alive with a better grasp of the options available to the Empire. The day to day running of the office defaults to the most senior scholars, each of which in turn directs the remaining researchers, magicians, and bookkeepers.

As of the Autumn Equinox 381YE, there are three senior researchers in the department. Each is a veteran civil servant and respected scholar with a particular emphasis. The Senate may choose which civil servant will be the lead on the appraisal by including the name of the researcher in the Senate motion. Everyone from the department will work on the appraisal, but the character of the lead civil servant appointed will help to shape the nature of the opportunities. If no individual is directed to lead the research, Gerard La Salle will select whichever researcher he considers most appropriate to do the work.

Three decades ago, Mladen was one of the most brilliant schlacta of his age, a master of the two-handed axe he was not just a capable warrior but also a brilliant strategist. His ambitions were cut tragically short by the permanent loss of all mobility in his right arm to a Druj poison. Unable to fight, he rededicated his life to the prognosticator's art, rising steadily through the ranks of the civil service. He has developed a reputation as a notorious stickler for economy, driven to examine every possible option, to find ways to save even a single ring.

If the Senate instructs Mladen to carry out an appraisal then the work will be focused on identifying the most efficient way to resolve the problem. The options identified by an appraisal are rarely cheap - and they will usually make use of standard practices available to the Empire, but they will usually do so in a way that will save the Empire valuable money or resources.

Graciana i Lòpez i Guerra

Graciana is known for her unusual techniques and novel approaches to any problem. She is a skilled night mage, one of few who work in the prognosticators office, she is known to value imagination over industry in those who work for her. She came late to her calling, in her early days she was a wealthy merchant and corsair; she has travelled widely and spent years living abroad. When she finally returned home, she chose to join the civil service, determined to place the benefits of her wide-ranging experience at the disposal of those who lead the Empire.

If the Senate instructs Graciana to carry out an appraisal then the work will be focused on seeking novel or unusual solutions to the problem. But work by Graciana will usually produce ways to tackle a problem that are as innovative as they are unorthodox. Such options are never cheap, tried and tested techniques are invariably cheaper than new ideas because of the accrued expertise that supports them, but the costs will take a completely different form to the normal channels.

Naomi is the youngest of the lead scholars in the office. A diminutive woman with an endearing smile and an engaging personality, she is known for her charm; a quality she brings to her work. The eldest of five sisters, she joined the office at an early age, driven by a desire to help the Empire achieve the best possible results for its citizens. Though she is no great scholar of the Way she is a trained priest, skilled with all the religious rites that use liao.

If the Senate instructs Naomi to carry out an appraisal then the work will be focused on finding the most diplomatic possible solution. Naomi is adroit at identifying options that are best placed to satisfy the concerns of the people affected. The risk of such an approach is that it concentrates on the best possible solution to a problem rather than the cheapest or the most efficient. 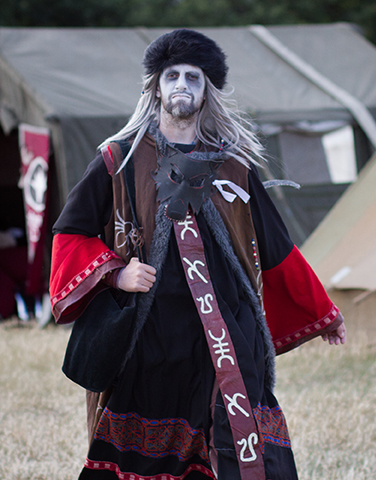 An appraisal is designed to allow the Imperial Senate to direct the civil service to look for a new solution to an existing problem facing it. Inline with the broad remit of the Senate, this could be economic, magical, military or religious in nature. The normal powers of the Senate allow the institute to address a wide range of problems using well-known and clearly defined powers. For instance fortifications can be built, armies raised, navies constructed. They can disburse the contents of the Imperial treasury, make declarations of war or peace and so on.

An appraisal is different - it direct the civil service to look into a specific situation to see if there is an opportunity to address the problem in a way that either does not use the standard powers of the Senate to commission, or does so in a way that is unorthodox or unique. It will result in a Wind of Fortune that is produced for the next event which defines what is known about the problem and identifies what opportunities if any exist to take effective action to address it.

Like any other Wind of Fortune, the options presented in the plot opportunity on the wiki only apply in the situation explicitly laid out in the update. An appraisal does not create new powers for the Senate, unless explicitly stated otherwise, it simply creates a unique, one-off opportunity to act in ways outside the normal rules. Any variations which are possible will be clearly and explicitly identified in the wind of fortune, the flexibility with an appraisal is in what you ask for, not how you employ it. As always with winds of fortune we will try to be absolutely explicit about what the costs and benefits of any actions are.

We will treat the appraisal exactly as we would any other plot that we working on for a wind of fortune. Players should anticipate that appraisals will often identify solutions that benefit one group of Imperial citizens at the expense of another. Many will be contentious or expensive or both. Appraisal is a chance to tackle a problem in a novel way, it is not a free-lunch generator.

In particular, appraisal will generate a plot opportunity focused on the problem outlined in the motion that ordered it. It does not generate a specific solution - senators should specify the problem they want examined, not the solution they want found. It is not possible to specify the nature or shape of the solution - all attempts to do so will be ignored at best. At worst they may cause the whole appraisal to fail.