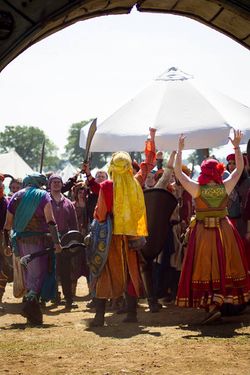 The egregore of the Brass Coast carries three names, Dust, Glass, or Flame. Which it answers to seems to depend on the mood of the host, the whims of the egregore, or the needs of the nation.

All three are fond of dancing and sharing tales and life. A host may favour one of the three forms or change between them as mood and need arises. They can often be identified by the colour of their tagelmust: Dust favours sandy yellows, Flame favours reds, and Glass favours blues and greens. 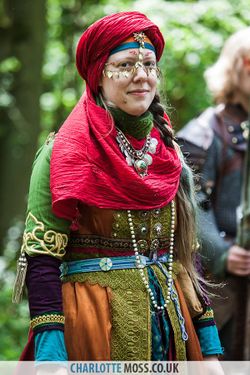 Marcela i Erigo is one of the current hosts, Marcela hails from the coast. She grew up amongst the traders and corsairs who berthed their ships there, bringing all that was best in the nation, and dealing with travellers from within and without the Empire. She speaks very little of her life before becoming the egregore preferring instead to focus on listening and encouraging the stories of others. What is known is that she has an extensive family, including a younger brother of about 11, and many aunts and uncles, that she was a corsair or sailor for her family and is no stranger to fighting (but has suffered a war wound that occasionally flares up) and that she has visited or dealt with Sumaah sufficiently to speak the language for trade purposes.

As per Freeborn tradition, when she became egregore, she put aside her family name, taking the nation as family. 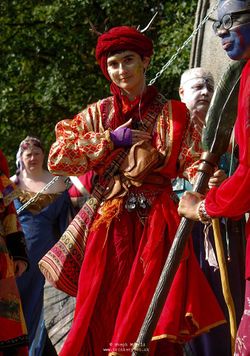 Mattias grew up in the region of Kahraman, his family specialising in paradors and wood working. He lead a relatively sheltered life in comfortable wealth, until he visited Anvil and fell in love with the adventure and heroics. He finds his natural changeling temperament lends him well into sutannir affairs, loving to organise a party, dance, provide hospitality and to listen to people’s struggles with Virtue. Most often presenting as Flame, he embodies all that is passionate and tempestuous about the Coast, enjoying a fiery debate as much as a song. He is also known to commonly appear in his Dust form as a scrivener, taking great delight in weaving words into contracts. 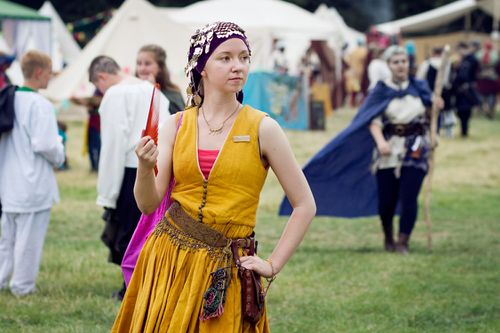 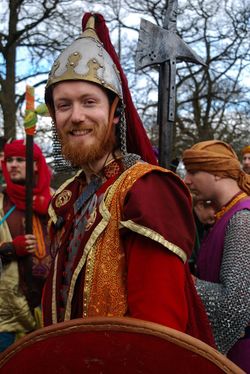 Jaime i Guerra's family was mostly killed during the barbarian attack on Segura. Jaime fled with his younger brother to safety in Madruga but never really settled down: he developed a fascination with the sea that led to him being a corsair, forever travelling over the oceans. He came to Anvil when the Freeborn Storm navy was created, as part of the upsurge in national pride in their sailing past. Although at times he took on all three of the faces of the egregore, it was the fiery emotions of Flame that burnt brightest in him: he loved laughing, music, partying, and fighting. As he forged links to more members of the nation through his roles as egregore, he also started to become Dust more often, seeing the importance of family once more. Jaime died during a skirmish against the Grendel in Madruga during the Winter Solstice of 381YE. 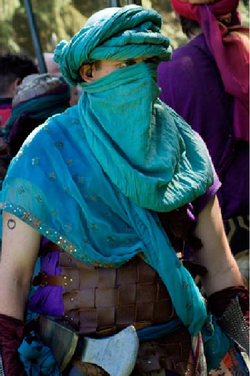 Sol i Riqueza was a young hakima who has spent 20 years growing up between the northern mountains of Kahraman and the plains of Rojota, developing a love for this land and its fractious families. He has yet to settle truly within each of the faces of the spirit, still learning the moods that fit him best but he has shown clear preferences for embodying the aspects attuned to those Freeborn that are without families, both hakima and kohan.