Reward the Virtuous; Punish the Wicked 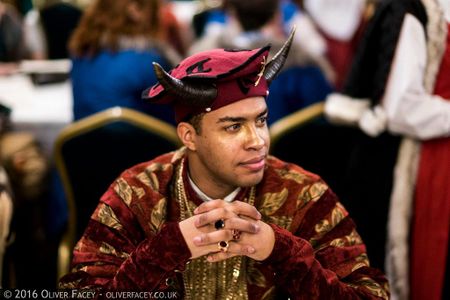 The Imperial Synod has the power to reward the virtuous and punish the wicked.

The Imperial Synod exists to safeguard the soul of the Empire, protecting it from dangers and corrupting influences, whilst nurturing and promoting virtue wherever it flourishes. It provides a balance on the power of the Imperial Senate and The Throne and has the power to reward the virtuous and punish the wicked. It also controls the supply of true liao which grants access to past life visions.

The Synod is charged with overseeing the spiritual well-being of the Empire - ensuring the virtue of its citizens and in particular those who lead them. Its remit includes being aware of all the official business of the Empire. Members of the Synod are permitted to sit in while any Imperial meetings are being convened, although they are not automatically able to pry into the private affairs of citizens. The purpose is to ensure that virtue is enshrined in all the most important decisions taken by Imperial citizens.

To allow the Synod to perform its role, it may act to veto motions passed by the Senate - or to revoke individuals who hold important positions in the Senate or the Military Council. The Synod's most feared punishment is to excommunicate a citizen, allowing the ceremonial rite of excommunication to be performed on the accused and stripping them of their right to hold any Imperial title.

The Synod is also granted the power to dispense the majority of the true liao produced by the Empire each season as well as being charged with maintaining Imperial doctrine, providing guidance to the faithful through rulings on metaphysical and spiritual issues.

The creation of the Imperial Synod was a crucial part of the formation of the Empire. While the Empress and many of her Highborn supporters favoured a theocratic model of government for the Empire, they were unable to convince everyone of the wisdom of this approach. The compromise was to vest legal power in the Senate - but to create the Synod to watch over the Senate and ensure it remained a virtuous house. When it became clear that the Military Council would act independently of the Senate, the Highborn were able to successfully argue that the Synod's remit should also cover the generals.

The notable exception to the powers of the Synod are the Bourse and the Conclave. Titles appointed by either of these two houses may not be revoked, nor are their decisions subject to veto. The exclusion of the Bourse was the result of a long and bitter battle between Giovanni of Tassato (later Emperor Giovanni) and his followers and the Highborn. Giovanni was insistent that the Bourse must be completely free from political interference and would brook no compromise, demanding that the independence of the Bourse be enshrined in the Imperial Constitution.

Giovanni later became Emperor, and was instrumental in courting the Urizeni, convincing them to join the Empire peacefully. The exclusion of the Conclave from oversight by the Synod likely reflects Giovanni's political views as much as it did the demands of the magicians of the time.

During the Spring Equinox 383YE the Imperial Senate voted to change how membership of the Virtue assemblies was determined. This represents one of the most significant changes to the way the Synod operates since the reign of Empress Varkula. The change was proposed initially as a way to allow the priests of the Imperial Orcs to more fully participate in the Imperial Synod, by moving membership of the Virtue assemblies away from dedication and toward the virtues a priest actually preached.

At set times during the summit, voting closes to allow the civil service to tally the votes cast for every judgement that is due to end then. A judgement must receive at least four hours of scrutiny, unless there are sufficient members of the Synod physically present to immediately determine the outcome of the judgement.

This approach ensures that members of the Synod can have sufficient time to examine a judgement, discussing it with their peers, and considering the ramifications. It also means that all members of the Synod who attend Anvil can vote on judgements raised, regardless of how many are present. 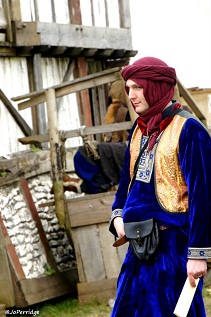 Each citizen who has been responsible for the running of a congregation in the season preceding the summit is automatically a member of the Synod. This makes them eligible to raise one judgement per summit and to vote on judgements raised by other Synod members. Votes are based on the size of the congregation - the larger the flock that a priest tends to, the more votes they receive. The founders of the Empire adopted this approach to ensure that the decisions of the Synod best reflected the wishes of the citizens of the Empire.

A handful of Imperial titles also confer votes in the Imperial Synod - based on the size of the congregation associated with the position. Any citizen who holds such a title is automatically considered to be a member of the Synod. Any votes afforded by the title are in addition to those they are due from their congregation if any.

Participation in the Synod is divided into a number of different assemblies:

The assembly that will consider a judgement is set when the judgement is raised - it may then only be voted on by members of that assembly.

Although the Synod is powerful - arguably as powerful as the Imperial Senate - it does not possess the ability to change the law, nor to create new Imperial titles. The Synod has the power to veto motions passed by the Senate - but it is absolutely reliant on the Senate to raise and pass any motions needed to change laws or even the structure of the Synod itself.

Crucially the powers of the Synod do not extend to cover the Conclave or the Bourse. Both bodies are explicitly defined to be outside the Synod's jurisdiction. This means that the Synod cannot veto a declaration passed by the Conclave - nor revoke those who hold Bourse or Conclave titles.