The Spider and The Web (Redirected from The Spider)

The Spider and The Web (Redirected from 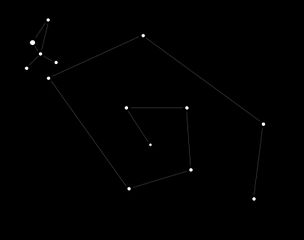 Things are Watched by a Hidden Eye.

The Spider is a small cluster of five stars just off the fourth star in the spiral of the Web. It appears to have two ‘arms’ reaching out towards the Web whilst a small triangular ‘body’ points outwards.

The Spider stands off from the Web; quick to react to events in it but separate from it. It represents unknown forces; those that watch the affairs of the world and interfere when they see fit. The Spider stands for things outside the Imperial sphere of influence; eternals, foreigners, magical powers, great mysteries, those things that stand beyond the ken of mortal being.

The Spider also represents the manipulator; they who place their thumb upon the scales of fate.

Invoking the Spider in magic

Tulpas of the Spider

The thought forms of the Spider never appear the same way twice. Whether it be the sinister man in black in the corner of the tavern, the pale skinned and hairless fellow traveller on the lonely mountain road or the mysterious rustling in the undergrowth keeping pace with you through the forest the agents of the Spider are many and varied. One that is a friend to you today may be a foe to you tomorrow; or may draw you into schemes that you wish you had never heard of.

Ritualists who invoke the Spider report that it leaves behind a sense of great clarity and detachment as if the affairs of humanity were watched from the other side of the sheet of glass from a very long way away. Ritualists may be detached, distant, emotionally dispassionate and cold after invoking the Spider in ritual. 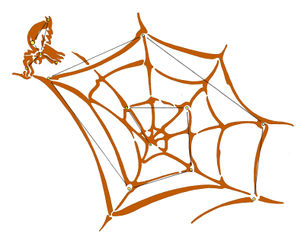 The Web is found almost directly opposite The Phoenix, with The Chain equidistant between them. It spirals inwards with an almost direct line between its first two stars that can be extended out to find the apex of The Oak. There are, in fact, nine stars in this constellation, however the centre star is somewhat faint and easily obscured on a less than clear night.

The Web - or the Net of the Heavens as Urizen would have it - represents the interconnectedness of all things. Urizen astronomancers have a saying which stems from this constellation; "the world is full of secret knots". The failure to close a deal between two grain merchants in a League city can mean that hundreds of miles away a family in the Brass Coast starve and in the Marches an honest farmer cannot sell their produce. Every action has consequences both obvious and subtle; both seen and unforeseen.

The Web also stands for the powers of coincidence and synchronicity; the tendency of things to go right or be in the right place at the right time through apparent chance. The foolish or superstitious may call this luck; the wise understand that there is no such thing and that somewhere, someone has done something to turn circumstances the way they have turned out.

Invoking the Web in magic

The Web is frequently invoked in Day rituals; to see the whole of the Web is to understand the interrelationship between all of the components in your ritual, how they affect each other and how they affect you. It has many uses in scrying magic and divination but also has strong associations with sympathetic magic playing on the aspects of synchronicity and interconnectedness. Some of the most esoteric of the astronomancers of Urizen who study the Web say “synchronicity is it’s servant”; creating long, complex chains of action and reaction started by the smallest impetus and relying on luck, chance and “being in the right place at the right time” all evoke the Web.

Tulpas of the Web

Tulpa of the Web are curious creatures. Often times they will appear as perfectly normal humans, sometimes even as orcs. They speak little if at all, and usually position themselves in the right place at the right time to give circumstances the tiny nudge they need. The cloaked and hooded person who steps out into the street and spooks the oxen of the dray master, causing them to stampede, shedding their load, and blocking the road - and stopping the pursuing magistrate from catching the running figure is in all likelihood a tulpa of the Web.

Ritualists who embrace the Web speak of the sense of interconnectedness; of being the part of a great network of consciousness and of living things. Someone who approaches this unprepared can be overwhelmed by the sensation and it is not unknown for ritualists who embrace the Web to go mad and lose their own personalities in the evershifting sea of all. Once the sense of interconnectedness fades, ritualists report an enhanced ability to see all sides of a given problem or to experience other people's point of view.