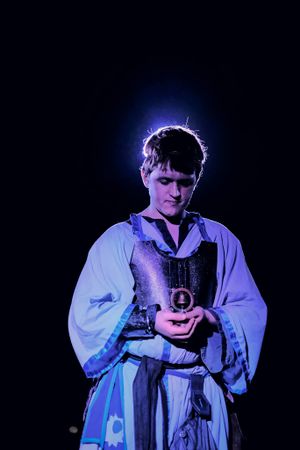 Urizen priests seek ways to combine their understanding of the Net of the Heavens and arete with the Way of Virtue.

While Urizen is most famous for it's arcane spires, the nation is also home to numerous temples. These spires are dedicated to the study and debate of virtue, philosophy and the Way. In many ways a temple is the ultimate embodiment of the Urizen ideal, a school devoted to the mastery of the self. Each temple has it's own distinct philosophy, a unique take on the Way that attracts adherents from across Urizen who welcome the opportunity to share and debate ideas with like-minded pilgrims.

While many temples enjoy a healthy exchange of ideas with rival schools of philosophy, most of them also engage with the communities around them, seeking to spread their ideas. Not content with mere contemplation and debate, temples not just to seek out higher spiritual truths, but to put that learning to use. The temples guide the spiritual development of the people of Urizen, but each has their own vision of what that might mean and not all of them embrace the orthodoxy mandated by the Imperial Synod.

In many ways Urizen is a very orthodox nation. Many of its priests and scholars are deeply concerned with matters of doctrine and faith. This dedication to the Way is deeply reflected in the cultural practices of the nation. There is a widespread view that personal arete - the sense of an individual striving for excellence - is contingent on a person making virtuous choices. To be truly accomplished, an individual must excel in all ways. More that mere skill, they must exhibit admirable personal qualities - virtue - for all to see.

The more devout Urizen often see the ideal create a better world for everyone in terms of creating a more virtuous world. A perfect society would be one in which everyone is virtuous all the time. The Illuminates in particular pursue this goal - they believe that citizens who hold prominent Imperial titles are key nodes in the Net of the Heaves. Since virtue is contagious, the most effective way to spread virtue is ensure that such titles are held by virtuous people and not by those who lack virtue. 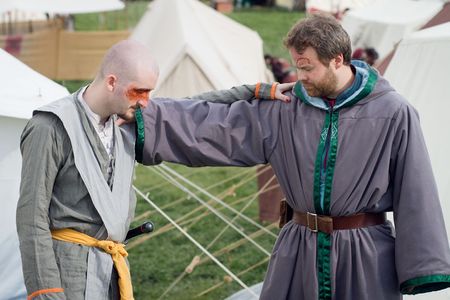 Urizen priests display a tendency to deviate from those ideas approved by the Imperial Synod. The Urizeni like to question and evaluate ideas, and to explore different philosophical approaches, and matters of spirituality and faith are no exception. Questors exemplify this tendency; they view the doctrine of the Way as incomplete revelation. By questioning every aspect of perceived wisdom they search for new insights into moral philosophy, the mind of the creator, and the purpose of existence.

This has lead to conflict with the Synod, and several Urizen philosophers have been denounced as heretics. Urizen has been the source of a number of Imperial heresies - most notably the Lucidian heresy - which began in the Restless Spire in Redoubt. The Restless scholars believed that clarity of thought was essential for virtue, and that anything that interfered with this lucidity would cloud a person's moral judgement. Lucidians refuse to use liao to create auras believing that any aura degrades a human's ability to think for themselves.

While some priests question the doctrine, others go further and question the purpose of the Way. The sword scholars openly challenge the authority of the Synod. These warrior-priests embrace the tenets of Wisdom and exhort their fellow Urizeni to test what they learn, to eschew hearsay, to despise folly, and to chastise the fools that spread it. They reject the idea of a higher authority, arguing that the only virtuous decisions are the ones each individual takes for themselves. As a result of a mandate by the Wisdom assembly in xxYE, their merciless philosophy of questioning the Synod has begun to spread across the Empire. This has lead directly to the situation where it is significantly more difficult for the Synod to directly influence Imperial citizens.

Urizeni pilgrims will often seek out a priest to help them create their personal Net of the Heavens. By spending time talking to a pilgrim, a priest can discover what goals they are striving to achieve and what obstacles stand in their path. Together they can determine what the key nodes are for that individual. This is essential - applying the Net of the Heavens requires first identifying which individuals or events must be affected to produce the desired outcome. Not all Urizeni priests have the skill or the patience to be able to to help an individual divine their own Net of the Heavens, and those who do are in much demand.

The most respected priests are able to give advice on what virtues should be embraced to achieve the desired outcome. It may be that an individual is lacking a single virtue which is holding them back from achieving their goals but more likely is that they will benefit from embracing the tenets of two or more virtues. Most priests will provide guidance and advice on which combination or which tenets, might aid a pilgrim in dealing with each individual node.

It is common to capture this advice on a scroll or parchment, usually as a pictographic depiction of the arrangement of nodes facing an individual, with notes of which virtues and tenets might be best pursued to positively affect those notes. These scrolls are called soul nets, they are a spiritual map that guides a pilgrim towards their destination. A soul net is often a work of art; a brightly coloured series of nodes and lines marked with fine calligraphy. They are often laid out in a geometric pattern or created to mimic a constellation. Discreet artists who can turn a soul net into a beautiful symbolic piece of art are much sought after.

A soul net is an intensely personal item, and most Urizeni keep the scroll on their person. This allows them to ensure it's safety, but it also means they can study or update it whenever they need to. Studying the spiderweb arrangement of nodes and virtues can remind a pilgrim of their real goals, allowing them to focus their arete and ignore distractions. A soul net might be shared with a close friend or ally, but it is considered a gross invasion of privacy to ask to see someone's soul net.