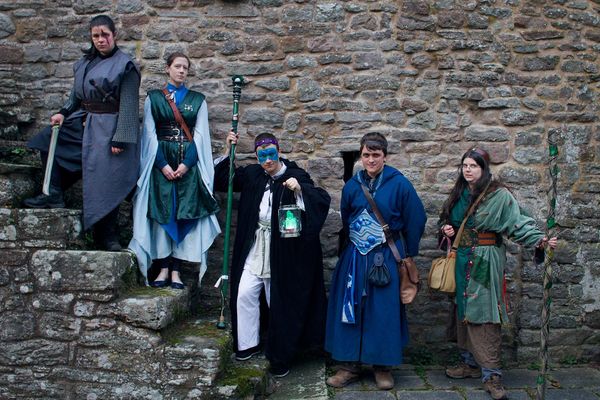 The Urizen combine a relentless will with an unquenchable ambition - and an unmatched understanding of magical lore.

Centuries ago, humans ascended the mountains of Morrow to move away from the orcs that were dominating the fertile plains. When they reached the peaks, they found ruins that were clearly not of human origin. They discovered no remnants of the original inhabitants, nor any suggestion that they had been destroyed in a catastrophe. There were simply great, empty halls carved into several of the most magically attractive peaks.

These echoing galleries formed the heart of the first half-dozen Urizen spires, and remain an enduring mystery that is still debated by scholars. The people who made these galleries were probably humanoid, albeit slightly larger than humans, and spent a lot of time studying the night sky. These forerunners had an advanced grasp of the lore of the Realms of Day and Night, but no apparent concept of the other four Realms.

Initially the main appeal of their mountainous home was their defensibility. As they explored further they encountered many places with a strong natural aura of magical power. The mountains were also rich in mineral wealth that helped their crafters create numerous wonders. They used their magic to ameliorate the problems of creating dwellings and producing food on the inhospitable mountains. As the decades passed, the people developed into the Urizen.

The arrival of humans from across the sea was welcomed by the Urizen. They initiated diplomacy with the Highborn and the Dawnish, and maintained cordial relations with Highguard thereafter.

While the First Empress had the support of a handful of Urizen, the nation as a whole declined to join her nascent Empire. The First Empress was a powerful warrior and an inspirational general, but Urizen magicians predicted disaster if their nation joined an Empire led by a conqueror. Despite efforts to persuade them that their concerns were unfounded, the people remained adamant; they would not join the Empress' cause. One of her loudest critics, Tiberius of Sunspire asked her "Who will rule your empire when you are gone?" a question to which she was unable to supply a satisfactory answer.

At this time in Varushka, a cabal of undying sorcerors called the Volodny raised an army under a powerful Boyar named Alderei the Fair. Born of the Ushka tribes, distant cousins of the Urizen, some of the Volodny assumed that their distantly shared heritage, common interest in magic and refusal to join the Empire made the Urizen their natural allies. One of their number, Kareina of the Swans, initiated secret negotiations with several spires to gain support for their plans which involved the creation of an empire of their own, controlled by the Volodny. Foremost among the Urizen diplomats who met with her was a respected arbiter called Tiberius of Sunspire - the same man who had delivered the Urizen decision to representatives of the Empress. He presented a neutral face to Kareina, neither encouraging nor discouraging her, until such time as they had revealed many of the Volodny plans. He then chose to oppose the Volodny. "We would not support a conqueror whose heart was filled with the best of intentions," said Tiberius of Sunspire to the outraged Kareina. "Why would you believe we would support one driven by bitterness and spite?"

The Urizen would not commit military force to aid the Empire, but three dozen powerful magicians drawn from all across the nation travelled to Varushka to offer support to the Imperial forces. The Volodny had raised a dread pall over Alderei's armies that spread fear and confusion among his opponents. The Urizen magicians were able to use powerful ritual magic of the Day realm to first understand the magical effect, and then to pierce and scatter it for a short time, allowing the Imperial forces to attack Alderei. Taking advantage of the respite the spell offered, the Imperial armies defeated the wicked Boyar and scattered his forces.

Some of the Empress' supporters assumed this assistance meant the Urizen were prepared to join their cause, but once the battle was over the remaining Urizen magicians - many of them shattered in spirit, exhausted in body, or casualties of the battle - simply returned to their mountains. They took no part in mopping up the remainder of Alderei's supporters, and gave no indication that their people considered becoming a permanent part of the Empire to be any more appealing than they had before. 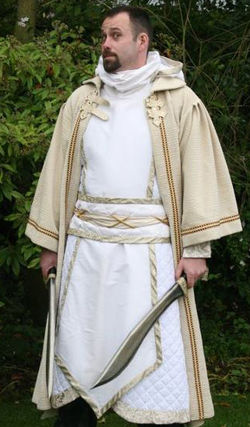 The Urizen watched the development and consolidation of the Empire, and welcomed diplomats and trade, but maintained their distance. After the death of the Empress, they watched as her successor was appointed by the Senate, and as he in turn began to create and reinforce the structures of civilisation that ensured that the Imperial citizens would prosper. He travelled to their mountains along with a number of ranking civil servants, and met with many influential arbiters. He laid before them his plans for the construction of a rational, ordered society based on merit and personal drive. He made it clear that he would continue with or without the support of the Urizen, and that the Empire would remain militarily powerful, but that the assistance of the Urizen could keep it from collapsing into anarchy or becoming a barbaric force focused entirely on conquest. Several of his allies engaged in debate with Urizen critics, arguing that the Empire would be a force for civilisation and stability, using clear examples of the work they were already doing in that regard.

Swayed by a vision of an organised society, the Urizen consulted their auguries again. This time Urizen magicians predicted disaster if their nation did not join an Empire led by a peacemaker. After several more weeks of debate and discussion, they agreed to join, helping to create the Conclave as a body of representation for every magician that would share magical learning and ensure that it was used to the benefit of the Empire rather than its detriment.

Urizen benefited strongly from joining the Empire. Food imported from the Marches allowed the spires to grow and freed people to devote more time to training and study allowing Urizen to develop into the nation of magicians and scholars it is today. The Empire gained more than just their magical lore and skills; shrewd interventions by the first Urizen senators transformed the tests of citizenship adding literacy, numeracy and theology to the requirements needed to pass. In the decades that followed, their adroit manipulation of the role of the civil service was instrumental in raising standards of education right across the Empire.

Urizen on the Throne

Only one Urizen has occupied the Throne so far, and he is perhaps the most infamous person to have worn the Imperial Crown.

Elected in 200YE, Emperor Nicovar at first was an excellent Throne. His attention to detail made him a brilliant administrator, and his court was hailed as a place of learning. He expanded the Civil Service, establishing multiple ways for them to support and aid the people of the Empire, and was expected to usher in a new golden age of reason and expansion. Unfortunately, it was not to be. A decade of increasingly attempting to micromanage every detail of the Empire slowly drove Nicovar mad. Things came to a head after nine years when he suddenly sent out troops to burn down the libraries and archives of the Empire - even his home spire of Ankarien was not spared. In the end, his rampage ended only when his trusted bodyguard Isaella assassinated him - but not before he had done irreparable damage to the Empire by destroying many of its largest repositories of history and scholarship.