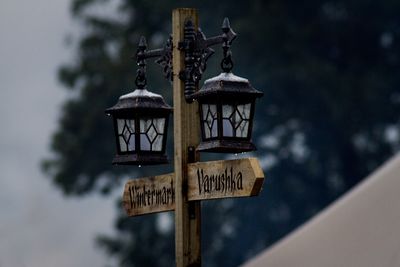 In each case, we've tried to tag the Winds of Fortune entry with the nations, or political bodies, to which it is most relevant. We've done this to help people who are interested only in events that are especially relevant to them. In no way are these tags intended to be exhaustive; the Empire is a complex place and very little happens in isolation.

Following a period of turmoil and religious conflict, it may be time for cooler heads to prevail. A judgement by Nina of Cantiarch's Hold leads to several mandates that seek to find ways to encourage the Empire to embrace the Way... although there are various different ideas of exactly what that means. You can learn about these mandates here.

Two major announcements have come out of the Principalities of Jarm over the last season. In Rigia, the provincial capital of the Eastern Alliance, Magician-Prince Barbara Radz has announced radical reforms to the treatment of slaves in her principality - and made membership of the alliance contingent on adopting these reforms among the other Princes. At the same time, a powerful cabal of princes from Northern Jarm have announced their intention to make a unique substance - beloye zerno - available to Imperial magicians which has significant implications for anyone who owns a mana site. You can learn about these international developments here.

Last season, having completed their conquest of the Barrens, the Druj struck deep into Semmerholm. They conquered Axmure and destroyed the Gate. With the fortification gone, the Druj were certain to press the advantage, and the nation collectively held its breath as the fate of Semmerholm hung in the balance. Dawn has never lost a territory to the barbarians - was this the moment that proud boast would fail? No. It was not. And you can learn about the fervour that has swept across Dawn in the wake of that boast being upheld here.

Chain Around My Leg

The Winter Sun have spent the last season in Casinea, resupplying and seeking a stronger connection with their ancestors via an experimental ritual and the use of a unique relic called Defiance. You can learn about the consequences of his action here.

The Empire does not exist in isolation; with four fractious neighbours and five great powers overseas, international trade and diplomacy is an ever shifting sea of opportunity and obstacle. You can read about current Imperial relations with foreign powers here.

The Flood and the Storm

The difficulties Imperial magicians have been experiencing accessing the power of regio aligned with Spring have ended as abruptly as they began. Not only can magicians draw on regio to empower Spring magic again, but the magic seems to be in flood - leading not only to some opportunities for new commissions but also to the chance to make risky decisions when performing powerful rituals. You can learn about the situation here.

The stars are back! This news, and a round up of magical effects and eternal-related activities, can be found here.

Over the last season, three grand construction projects in the League have been completed: the Blood Red Roads, in all their glory; the long-delayed Grand Park of Holberg; and a series of red stone monoliths that now focus and enhance the flows of mana through each of the four League territories.- magical monuments to the virtue of Lorenzo Macelliao von Temeschwar. These great works have quite inspired the people of the League, and opportunities abound! You can learn more about them - and about a potent new street drug - here.

The Thule in Otkodov, the Great Forest Orcs in Therunin, and the Grendel on the Bay of Catazar. Three tribes of orcs, each with their own relationship to the Empire. You can learn about recent developments with these orc tribes here.

Some two hundred men and women have appeared in southern Feroz, revolutionaries fleeing from the lands of Duke Guiscard of the Iron Confederacy. Escaped slaves, they have built makeshift camps and are engaging in periodic raids across the border into Kalino. You can learn more about this complex diplomatic and political situation here.

Not all the Jotun have left the Mournwold. There remain significant numbers of orc former-thralls living throughout the Mourn. Large numbers of them fled west marching with the Jotun armies as they retreated before the Empire's advance, but many remained behind. And now the question is what to be done with them. The problems presented by this population of orcs - and some potential solutions - are outlined here.

Anvil is a bustling centre of commerce, as well as politics. Merchants, traders, entrepreneurs, and chancers alike are drawn to the Winter Summit looking for opportunities to buy and sell. A youth with a unique pearl; a seeker after celestial knowledge; a naval treasure; and a foreign jeweler are all described here.

Late breaking news - a collision in Sarvos, drowned dead in Sermersuaq, and raiding Feni in Hahnmark and Upwold among others. You can learn about these tumultuous events, and the conjunctions of the Sentinel Gate associated with them here.

The vallorn of Liathaven is on the move, flexing and shifting. If nothing is done, it will consume all of West Ranging before its aberrant vitality subsides. At the same time, eerie mists bring the seeds of peculiar short-lived plants to the farmers of Bregasland, rich with fecund power. You can read more about this situation here.

The Heirs of Lepidus have completed another significant piece of research that conclusively proves the Silent Sentinel, the oldest and ugliest fortification in the Empire, is also the likely habitation of the enigmatic paragon known as the Sentinel. If the Imperial Synod is interested there are opportunities to celebrate this new revelation in a way that aids the entire Empire - and the assembly of Vigilance as well perhaps. You can find more about this opportunity here.

Sowing on the Mountains

A once-in-a-century storm has raged across the northern mountains of Varushka, subtly shifting the terrain as torrential flood waters lead to mudslides and rockslides and all sorts of realignment of earth and water. As the storms abate, a quartet of intriguing opportunities to build from destruction present themselves. You can learn about these opportunities here.

With the destruction of the Freeborn Storm, the Grendel have effectively gained military domination of the Bay of Catazar, contested only by a handful of brave Imperial captains. With their efforts to attack the fishing fleet stymied so effectively the pirates of the Broken Shore are looking for new prey. Urged on by the blood-thirsty eternal Siakha, their next target is the trading fleet. At the same time, there has been an upswell of interest in finding out exactly where the Grendel are along the Bay, with an eye towards taking the battle to them in some way. You can find out about both situations here.

This Land is Your Land

The Jotun have fled the Mournwold, driven out by a combination of Imperial armies and Imperial magic. But lingering resentment remains in the hearts of many who dwell, a bitter legacy of the malevolent magic used to break the Jotun. Determined to seek amends, the people of the Mourn selected three representatives to take their concerns to Anvil in person. They were sent with a list of demands so see if they could get some recompense for the wrongs done. Nobody expected to get everything they had demanded - but "Things turn up for one who digs", as they say ... and you can learn about what has turned up here.

What Did The Deep Say? (Plenipotentiary)

Four eternals have requested formal parleys with an archmage, and one has agreed to a meeting but specifically refused to do so under its aegis. You can learn which eternals have responded, and the matters they wish to discuss here.

You Know the Night

The debate between those who believe cruelty and fear are weapons the Empire should use, and those who mandate a more heroic path, continues. The Imperial Orcs have chosen the heroic path; the Varushkans have the opportunity to remind the Empire once again that they are who they are. You can learn about the current stage of the disagreement here.

This section contains information that is potentially relevant, but doesn't merit its own Wind of Fortune.

Mazo i Zabala i Erigo of the the Freeborn Assembly raised a statement of principle that the exiles from the Isle of Zemress should settle in Segura. Since the Autumn Equinox they have been working to establish a home for their extended family in that territory. It is anticipated that they will have settled in by the Spring Equinox.

The Blood Red Roads will connect the people of the Empire and make them stronger. This project is one of the most Ambitious in Imperial history. It demonstrates the Benevolence of Lorenzo “La Volpe” Macelliao von Temeschwar, and will stand as a lasting Legacy. We send Jonah Yakovitch with 25 liao to encourage the faithful to aid in this endeavour.

Thanks to the inspirational preaching of Jonah Yakovitch, supported by the League Assembly, the Butcher's Benevolence - the Blood Red Roads are complete. The four cities of the League have been connected by a series of broad highways, and the roads extended to Stockland, Kalpaheim, Delev, Siroc, and Holt in Miaren. The roads will bring prosperity to each territory they pass through, and there is already a plan afoot to extend the south-western roads to include the Freeborn trade town of Anduz.

Not content with the Blood Red Roads, work has also been completed on an extensive series of red stone monoliths in Holberg, Temeschwar, Tassato, and Sarvos designed to focus and enhance the flows of mana through the League territories. There has been some controversy - the Asavean architect Almodin Oktístis, priest of the Builder, has put his own unique stamp on the monoliths in Temeschwar and Tassato. Lorenzo watchers are waiting with interest to see what project the visionary designer will turn his hand to next.

Over the last three months, the Jotun orcs have dismantled the Hordalant spy network. It will no longer be possible to assign a military unit to it.

Five mandates were successfully upheld in the Imperial Synod. You can find the details of all the mandates, along with the rest of the Synod judgements, here.

The rituals Combing the Beach, Ride the Noble Steed, and Aid Once More have been added to Imperial Lore and any Imperial magician may master them following the normal rules.