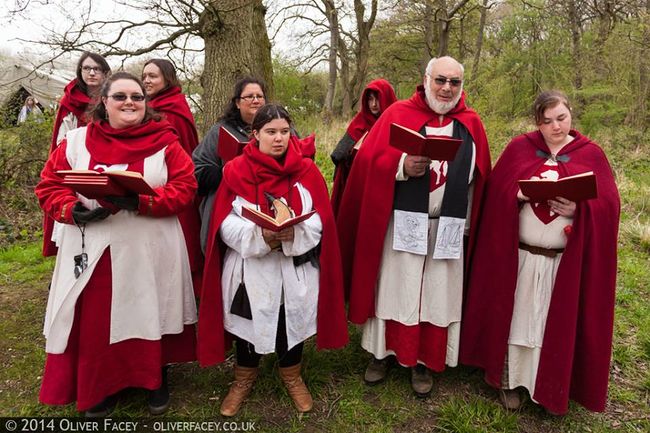 Highguard's music draws its inspiration from Western church choral music, plainsong and shapenote music (also known as Sacred Harp). Of these, the last probably best exemplifies the musical style - Highguard music is robust and enthusiastic, and accessible to all levels of talent. They enjoy rich harmonies and proudly devotional texts, although amongst themselves a wicked sense of humour occasionally emerges in some soldiers' songs and there are also some surprisingly tender lullabies.

Popular with all strata of Highguard society, these three songs are heard in chapters, the necropolis, and the fields. It is when the army marches to war with its battle choir, however, that the full majesty of Highguard music is best displayed. 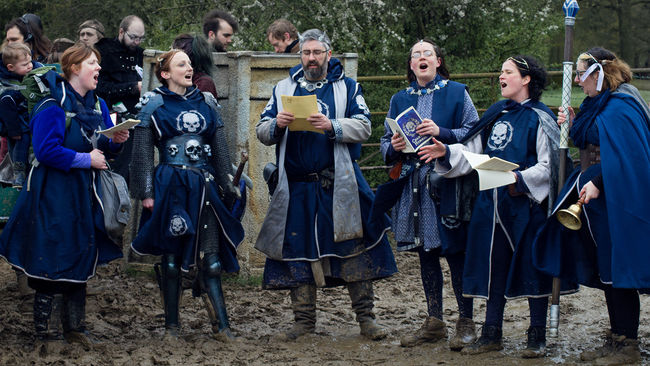 Highguard's music is robust and enthusiastic, accessible to all levels of talent.

The Highguard Battle Choirs are a great imperial tradition - no nation marches to battle with the same holy fervour in their singing. Usually accompanied by a single drumbeat, the sound of the Highguard army in full voice is an awe-inspiring and intimidating sound. Often a small number of more confident singers lead the chant in a call-and-response pattern. At least in this context the choirsters are warriors first and musicians second - the singers need not be particularly talented, as it is holy fervour and their indomitable will that characterises the battle choir.

Songs about notable people and entities in Highguard