"...an Atun herself shall turn her gaze from you, as your soul lingers, unmourned, in the darkest recesses of the Labyrinth. You are excommunicated."

"You... you can't do that! Your writ of excommunication never passed the General Assembly!"

"You are condemned as a heretic. I will be sure the magistrate's know it. Besides, if the Assembly lacked the spine to issue a writ of excommunication against the likes of you, what makes you think they have the will to condemn me?"

The Imperial Synod is responsible for investigating and publicizing behaviour the Synod considers to be unvirtuous. Sanction allows the Synod to publicize such deeds and to bring religious crimes to the attention of the magistrates for possible prosecution.

For many years the only option available to the Synod was to condemn an individual for their invidious actions - criminal or unvirtuous. However following the work of stormcrow Jorma Steelhail from 379 to 380, the Senate finally agreed to expand the scope of the Synod's powers to allow a range of different edicts to be issued - in accordance with the judgement of the Synod.

As a result the judgement was changed to allow the Synod to choose one of four different options - whether to vindicate, castigate, condemn or demand penance.

A judgement of vindication is used by the Synod to demonstrate that they view the target as innocent of any accusations of unvirtuous acts that have been levelled against them. It may also be used to formally laud the subject's virtuous disposition. 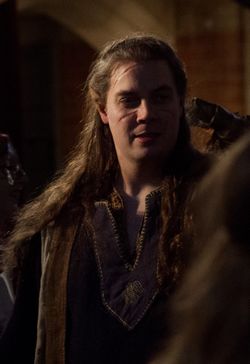 A judgement of castigation indicates that the target is believed by the assembly to be guilty of unvirtuous deeds and nature and is formally rebuked for them.

Condemnation is used where the assembly is satisfied that an individual is guilty of committing a religious crime. The priest who brought the motion of condemnation is expected to be be responsible for ensuring that the magistrates are informed of the matter, and that the basis for the condemnation is presented to them.

The judgement of sanction must name one specific type of sanction; vindication, penance, castigation, or condemnation, that is being weighed against all those named in the judgement. A sanction may be raised by any assembly of the Imperial Synod. When the judgement is raised in a national assembly, it may only be used to sanction members of that nation. The virtue assemblies may raise a judgement against anyone - but they are expected to restrict the remit of their sanction to matters concerning their virtue.

The judgement must name each specific individual who will be covered. A judgement may only name more than one individual if they are members of the same oathsworn band - either a banner, sect, or coven at the time the judgement is raised.

When a judgement of sanction is submitted, the Tribune is responsible for informing the subject of the judgement. Usually they will send a messenger to find the citizen to ask them to attend the Hub so that they can be briefed on the development. Any sanction requires a lesser majority to pass.

It is easy to defend the innocent.

A successful judgement of vindication, castigation, or penance will be noted and recorded in the official Synod records, but it is the responsibility of the priest who brought the judgement to ensure that all are aware of the outcome.

A successful condemnation however will lead to a criminal trial, if the magistrates are satisfied that there is sufficient evidence that Imperial Law has been broken, especially if a religious crime has been committed. The magistrates will consider:

The priest who raised the successful judgement of condemnation must address the magistrates, either alone or with others, and present the basis for their condemnation.

Refusal to attend an inquisition is usually sufficient grounds for condemnation and prosecution for subverting the agencies of state, provided that the target or targets could reasonably have attended.