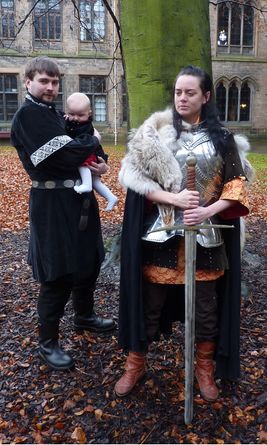 Dawn is dominated by powerful noble houses. The houses manage their great estates and raise soldiers to fight for the Empire. Membership of a noble house is achieved by passing the house's Test of Mettle, although a degree of status is assumed by those sons and daughters who have been raised in a house (who are technically yeofolk until they pass their test).

Each house sets its own test and only the behaviour of those who have passed the test reflects on the house. As a result a house must keep the tests difficult to maintain its reputation. Those houses that make the tests too easy face the very real risk of having no children placed with them by other nobles - no Dawn parent would want to place their child with a house that is tarnished by mediocrity.

Houses are lead by an Earl who is selected from among the members of that house. Earls usually dedicate themselves to the advancement of their noble house. It is the responsibility of the Earl to set tests such as the Test of Mettle and the Test of Ardour. The accomplishments of a House reflect directly on its Earl, an acknowledgement of the role that the Earl plays in ensuring that every member of the house is given the support they need to triumph. Likewise the bearing with which an Earl comports themselves reflects on the whole house, so Earls are expected to take their responsibilities seriously, to conduct themselves with gravitas and to expect and receive respect from their fellow Dawnish.

Some houses also choose to appoint an heir-presumptive, an individual who the house agrees will take over the Earlship if the current Earl is no longer able to perform their duties. The heir-presumptive is often a staunch ally of the Earl, someone chosen to bolster their control of the house. But the role can just as easily serve the opposite function, some nobles choose an heir-presumptive to signal the limitation of the Earl's power and what might happen if they overstretch their authority.

Only nobles become Senators or Generals, although Imperial law prevents this being mandatory. While it is theoretically possible for a yeofolk to be chosen for high office, a yeofolk who showed the qualities that made them eligible for such a position would almost certainly be approached by Dawnish noble houses keen to attract a rising star whose glory would reflect well on them.

The political battlefield of the Senate is one that is difficult for many nobles to master. Dawnish senators are often supported by an advocate - a yeofolk who makes a study of the Senate and the history of the Empire. While the nobles make impassioned speeches on the Senate floor, it is their retainers who help them prepare those speeches and work hard to ensure that the political realities of Imperial life do not scupper the nobles' plans.

The Synod and the Conclave, by contrast, are open to both yeofolk and noble alike, although again a yeofolk who rose to prominence in one of these structures would likely attract a great deal of attention from the Dawnish nobility.

By contrast, it is considered demeaning for nobles to involve themselves in the business of the Bourse. Making money is simply not considered glorious in Dawn, it is the business of yeofolk and not something that nobles should be worrying about. A noble who spent too much time in the Bourse might cause others to question their commitment to glory and to the furtherance of their house's goals. 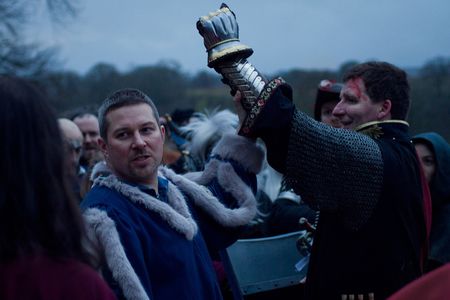 Many citizens of Dawn expect that their senators will be the most most glorious nobles in the nation.

Like every Imperial nation, Dawn holds elections to choose which Dawnish citizen should become the senator for a territory. But where many other nations handle their elections quickly and with relatively little fuss, in Dawn they are complex and enduring reflecting the constant striving for glory that underpins Dawnish culture. Crucially only those who have become nobles may partake directly in the Dawnish elections although there are other ways that others can influence the outcome.

The mechanism for choosing a senator has changed recently, reflecting a growing need, recognized by the Dawnish egregores, to ensure that the emphasis on glory includes more than just martial triumph.

Creating a favour does not require any time or resources on the part of your character - but you must provide a suitable phys-rep. This can be as simple as a strip of cloth or a posy of flowers, it could be as complex and detailed as a embroidered piece of silk, or a piece of jewellery. In most cases it will be small enough that your character can carry it with them - and easily pass it to another character if you choose. If you let Profound Decisions know that your character has passed their Test of Mettle then we will put a ribbon with your character's name on it in your pack that that you can attach to the phys-rep you are using. The favour will expire after a year. You will be eligible for a new favour ribbon at the event where the senator for your territory is being decided or the first event after that that you attend.

Favours are an important part of Dawnish culture. A common favour is a strip of cloth which has been embroidered or painted by the donor, often with something that symbolises the noble or their house, but they can take any form. To partake in the new elections, the Dawnish egregores have asked every noble to produce a special favour to be marked with magic to demonstrate its provenance.

A noble may give their favour to anyone at any point in the year, dispensing their patronage at the point where the recipient has done enough to win their support. Most recipients are likely to be Dawnish though that is not a legal requirement. Anyone can hold a favour, or pass it along, though only a Dawnish citizen may stand for election. The expectation is that a noble will give their favour to any citizen who has sufficiently impressed them whether that be by a demonstration of their glory, an expression of love, or other essentially Dawnish trait.

The election will take place immediately after the grand tourney so that nobles can also choose to make their favour contingent on martial prowess in line with previous Dawnish traditions. To support this, the egregores will allow any character with a favour to add their favour to the tourney banner. The banner will be awarded to the winner of the tourney - along with any favours attached to it.

The magic of the favour will last for a single year. At the point where an election is held, each prospective candidate will present themselves to the nation. They let the egregore know the number of favours they bear. The candidate who claims the support of the most favours must turn them all over to the egregore who will count them and check they are all valid. If their victory is confirmed then they will be declared the senator for the territory. Their favours will then be taken away to create a roll of honour listing the names of all who supported them. Those who were not victorious may keep their favours and continue to use them in any subsequent election - at least until they expire.

Each election will take place immediately after the grand seasonal tourney is complete and the prize has been presented. Any Dawnish citizen who wishes to be considered for the title of senator must present themselves at the end of the tourney after the knight-protector is crowned. Any nobility who wish to influence the election but who have retained their favour until this point, must do so now. They may either give their favour to one of the candidates or to one of their supporters - perhaps someone whose bravery and skill in the tourney caught their eye - or for any other reason. 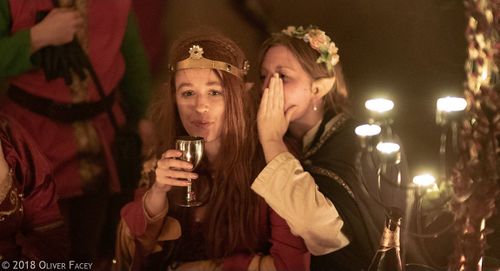 Victory in the Dawnish elections relies on being able to secure the favours of one's fellow nobles.

Once the troubadours have spoken, each candidate will let the egregore know how many favours they have accumulated. The egregore will then declare the candidate with the most favours to be the one chosen by the nobility of Dawn to represent the territory. The egregore and their helpers will collect all the favours from the winning candidate; they will be taken away so that they can be checked and the details recorded for the roll of honour, before they are returned to the senator with the identifying hearth magic removed from them.

A handful of nobles have asked the egregores if it would be possible to grant their favour directly to the winner of the tourney. The egregores have confirmed that is indeed possible and suggested that the best way to do this is for a noble to give their favour to the egregore to be placed with the banner for that tourney. Whichever individual is declared the victor in the tourney may claim all the favours attached to the banner and employ them exactly as they would any other favour they had been given.

If a senator dies, is revoked or abdicates their title, then the position will automatically come due for selection by extraordinary election at the next summit. In those circumstances, any noble who supported the former candidate - whose favour is recorded against their name in the roll of honour - may create a new favour. The magic of the new favour will end just before the title comes due for re-election, rather than lasting a year.

The current senators of Dawn are listed below - see the individual territory pages for a full election history for each position.

A list of well-known noble houses who have attended Anvil in recent years can be found on the Dawn groups page.