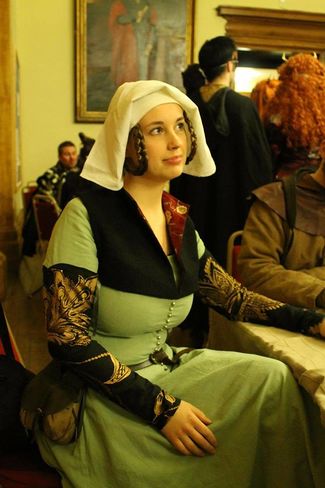 Once Marchers have chosen a leader, they do not renounce them lightly.

Marchers do not allow anyone to claim authority over them without their permission. Loyalty is an important virtue in the nation and once they have chosen a leader they will not renounce them lightly, but they refuse to be ruled over by anyone. They remember their history and will not tolerate anyone who thinks they are better than their fellows. Leaders find it almost impossible to lead effectively in the Marches without the consent of those they lead. Those who are given power in the Marches are expected to reflect this understanding in the way they act.

The Marchers do accept the authority of the Senate and the Empress, seeing it as an extension of their own complex structures of household loyalties. They know that any one of them could become a Senator or take the Imperial throne. Likewise, they can follow orders on a battlefield so long as their officers remember that they hold their position of command with the consent of their troops. They can be given orders, and obey them, as long as the one ordering them about remembers that they are ultimately equals.

Agriculture is the basis of political leadership in the Marches, and power is vested in those who work the land. The Marcher households are groups of yeomen who have given loyalty to each other. They are led by one of their own, chosen by themselves. This leader is called a steward regardless of gender. Even a single yeoman may call themselves steward of their own household, and have a direct voice in the leadership of the nation.

Anyone who owns a farm has the right to call themself a yeoman, and only they have a voice in Marcher politics. Owning farmland is considered a great responsibility; it is the duty of the yeoman to ensure the best interests of everyone who lives and works on it. Monasteries that own lands are treated as identical in every respect to a Marcher household in terms of votes allowed but the market towns, which hold no farmland, are not.

In times past, a household would be responsible for the defence of all the members’ lands, so it was practical for members to live near each other. In modern times this requirement is less important, thanks the the existence of the Imperial armies, and the lands claimed by a household may be scattered throughout a March. Smaller households often swear loyalty to larger ones, partly to further cooperation between Households and partly to increase their political power. 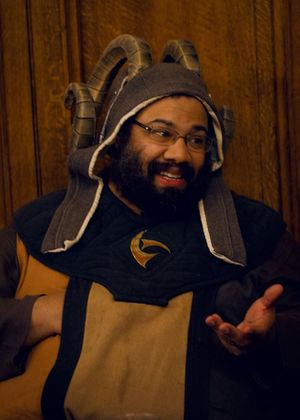 The steward whose household controls the largest value of land - including that controlled by any smaller households who declare their support for them - selects the Senator who will represent that territory. It is not uncommon for the steward to appoint one of their supporters to the Senate than to fill the seat themselves, but there is no stigma attached to a steward who serves their territory in the Senate.

The competition to appoint the Senator for a March can be very fierce. The larger households in a March compete with one another to have the largest number of landowners under their banner, and as with so much else in the Marches the results of these selections have caused bitter feuds and sometimes open conflict.

The traditional method of determining who selects the Senator is for every interested yeoman to gather together in an open space. Each steward in turn then either declares themselves a candidate for the election, or declares their support for another steward. Support is measured in "Marks" which reflect the value of the combined farmland as assessed by the Imperial Civil Service. This valuation reflects not just the actual physical size of the combined farmland their household controls, but also its quality.

The candidate with the largest support selects the Senator. These meetings tend to be rowdy affairs, with much barracking and the occasional insult. Candidates try to get stewards who support them to declare their support as early as possible, but some canny stewards prefer to wait to see which way the wind is blowing before proferring their support.

Merchants, miners, crafters, priests and the like are forced to rely on neighbouring households to speak for them in the political process. Over recent years, there has been growing dissatisfaction in some quarters about this arrangement, but it represents one of the oldest traditions of the Marches and is not going to be changed any time soon.

The Marcher attachment to land means it is not common to move from one territory to another, but it is certainly not unknown. When a Marcher citizen changes territory, they cannot vote to appoint a senator in their new territory until a year has passed since they last voted.

Each Marcher citizen whose farm resource is in the contested territory receives votes in the election of a senator for that territory. Each character receives ten votes, plus two additional votes each time they have upgraded their resource. They verbally pledge their support for themselves, or for one of the Stewards from their territory who is contesting the election.

The current senators for the Marches are listed below - see the individual territory pages for a full election history for each position.

A list of well-known households who have attended Anvil in recent years can be found here.