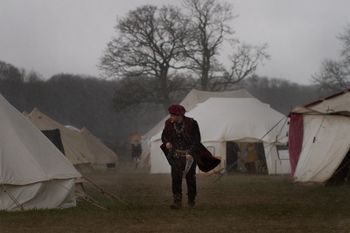 In each case. we've tried to tag the Winds of Fortune entry with the nations, or political bodies, to which it is most relevant. We've done this to help people who are interested only in events that are especially relevant to them. In no way are these tags intended to be exhaustive; the Empire is a complex place and very little happens in isolation.

Ian Horne has recorded a slightly tongue-in-cheek summary of the Winds of Fortune in audio form here.

Across the Seven Seas

A magical enchantment has settled on ships belonging to Navarr and Varushkan captains, leading them into dangerous situations but rewarding them with marvellous booty. You can learn about these supernatural adventures here. Note: Magicians and captains of other nations may also wish to take a look at this section which details an extended opportunity related to the peculiar scrolls the heralds of the Summer realm were distributing at the Winter Solstice.

Blossoms a Rose in the Deeps of My Heart

The eternal Janon has opened up a regio in the woodlands of Astolat and invited Imperial citizens to visit it there. By opening the portal at the heart of a regio, rather than allowing access via the Hall of the Worlds, the eternal is making it possible for mundanes as well as magicians to meet with it. The eternal known as the Shadowed Flame is a creature of passionate intensity, and it is possible that the night may become a little wild. You can learn more about this opportunity here.

Three celestial phenomena of note are described. The new star trailing behind the Wanderer; the fading of the Phoenix; and the empty skies over Holberg and Skarsind. You can learn about these phenomena and their implications here.

The Empire does not exist in isolation; it shares the world stage with five great nations of similar power, and has a handful of neighbours whose interests often impact or intertwine with its own. You can learn about the state of trade between the Empire - and a little bit about the international political situation - here.

A roundup of magical or unusual effects across the Empire including storms and magical life-giving waters in the Brass Coast and Urizen; a rash of strange births in the Marches and Varushka; fog on the brine; warped skies; and a crumbling castle. You can learn more about these phenomena here.

Following the opportunity to offer tribute to a number of the eternals of the winter realm, heralds of the Bound King have delivered news of the boons secured by the various people invited to treat with them. You can learn about these supernatural boons here.

The angry trees that have been assaulting Holberg for the last year have finally settled back into immobility again. Now, the civil service has been able to assemble a number of opportunities to deal with the damage done by the long occupation and the liberation. You can learn about these opportunities here.

The Grendel orcs have invaded the southernmost League city of Sarvos, and appear to be engaged in wide-spread and well-coordinated pillaging. You can learn about what the occupation means for the Empire here.

The Asavean Plenum (the government of the Asavean Archipelago]] has placed a formal petition before the Imperial Senate asking for permission to construct a temple on the Bay of Catazar. In return, they will invite the Empire to build a temple dedicated to the Seven Lords of Virtue in Nemoria. While the petition has been placed before the Senate, the Plenum appears fascinated by the implications of the civilian commissioners created during the winter Solstice ... You can learn about this opportunity here.

The recent winter has been especially harsh for the Empire, and now the Spring is shaping up to be just as difficult. Following the failure of the Marcher harvest last year, the heavy snow and freezing winds have made for a dreadful season especially in Skarsind where starvation has been a real possibility. Now the snow is melting ... leading to the threat of serious flooding in the southern Empire. It's not all bad - but for those citizens who live near the banks of the Vassa and the Scorrero in particular, there may be difficult (or rewarding) times ahead. You can learn all about this problem here.

The Imperial Synod has been active in Segura, dealing with the problems caused by the presence of the Hierro clan orcs. That situation appears to have changed significantly over the last season. You can learn about the developments here.

A Throne of Blood

Thane Dogri Thulebane continues to occupy Crow's Ridge in Skarsind. The efforts of the Wintermark assembly to remove him have largely been unsuccessful. As the Spring Equinox draws near, he offers an invitation to treat with him to a select few. You can learn about this opportunity here.

An astronomantic conjunction of the Fountain heralds a significant effect on any magician who relies on the power of their magic to heal, purify, restore, or purge the ailments of their allies. It also has profound implications for covens who favour healing rituals - or those rituals that taint and sicken. You can learn about the effects of this conjunction here

Up On Whittle Hill

An isolated village in Freemoor reaches out to their cousins in the Marches after thirty years of separation. They have endured much, but now they seek to reconnect with the Empire. You can learn more about the village of Whittle here.

This is a roundup of ongoing events. Many Winds of Fortune have a "resolution" entry which indicates the outcome of the events described - especially those that offered opportunities for the Imperial Senate or imperial Synod. We generally only call out the ones that we think are especially relevant in this section.

The eternal Meraud's challenge to the magicians of the Empire (which you can read about here is still ongoing but is due to end after the Spring Equinox. The rare opportunity for magicians to impress the Summer Archmage and win a potent boon from him requires the performance of the most powerful arcane projection. At the moment, agents of the Golden Wizard have declared that the current front runners are ritual covens from the Urizen Auric Horizon and Echostorm spire who performed a day magic effect of the fiftieth magnitude called Peerless Tracking of the Malevolent Magery.

Due to the severe weather in Casinea during the Winter Solstice, several diplomatic delegations (including those from the Druj, Thule, Axou, Faraden, Iron Confederacy, and even the Freeborn hakima) were unable to attend. The dreadful wind caused these delegations to break their journey and wait for another appropriate time to turn up. It is believed that these delegations will attend during the Spring Equinox. You can find some details of some of these delegations here, here, and here.

In response to an opportunity to create a new mithril mine in Sermersuaq, the Imperial Senate has ordered work to begin as soon as possible. The new Bourse resource should be completed in time for the Autumn Equinox.

A selection of public works

During the Winter Solstice, the Imperial Senate resolved to take advantage of a significant number of opportunities to improve specific territories. In Kallavesa for example the Senate decided to begin construction on both a major shrine dedicated to the memory of Empress Britta and a great work design to encourage pilgrims to visit the marshes where so many Wintermark heroes are laid to rest.

In Skarsind the Senate has commissioned a ministry to encourage human miners to work the rich mines of Gulhule. They have also resolved to open trading offices and trading posts in Skarsind and Hercynia to begin establishing the "crossroads of the north."

Work has also begun on a second fortification in Mournwold, taking advantage of the opportunity presented by the capture of a partially completed Jotun fortification. The project is likely to be completed shortly before the Summer Solstice - assuming the Empire retains control of the construction site.

During the Autumn Equinox 379YE, both the Wintermark and Marcher assemblies threw their support behind the reintroduction of the Hearth Tithe. The Wintermark assembly named Ealstan of Stormspire to encourage the reintroduction of the practice, while the Marcher Assembly named James Appleseeder of Upwold. As a consequence, for the next year. every farm in the Marches and Wintermark will set aside a plot of land to grow medicinal herbs to help the war against the Jotun. Every farm produces a little less money, but provides the owner with useful herbs. You can learn more about the effects of the Hearth Tithe here.

Following the peace treaty agreed with the Thule, several opportunities rose for the Imperial Senate to commission special projects in Varushka. As the Spring Equinox draws near, work is completed on the program of public works designed to rebuild the roads of Karsk. With the completion of this great work, all mines and forests in the territory of Karsk have received a boost to their productivity. Perhaps just as importantly, the Varushkan nation is now able to fully support a third Imperial army. With that in mind, the long process of mustering the new Iron Helm army has begun in Karsk and if it continues at the current rate will likely be completed in time for Winter.

Progress on the Icy Crag of the Eternal Sun in Volchitrava appears to have stalled, however. While a Summer regio has been raised with the patronage of Cathan Canae, the actual construction of the college is no farther forward. Likewise, while construction has begun in Mieriada on the Hearth of the Tempest, it is not clear how much progress has been made - it is not believed to be operating as a college of spring magic at this time.

As mentioned here, in the confusion caused by the dreadful weather during the Anvil summit, the planned auction of vyig assets did not go ahead. It has been rescheduled for Spring 380YE.